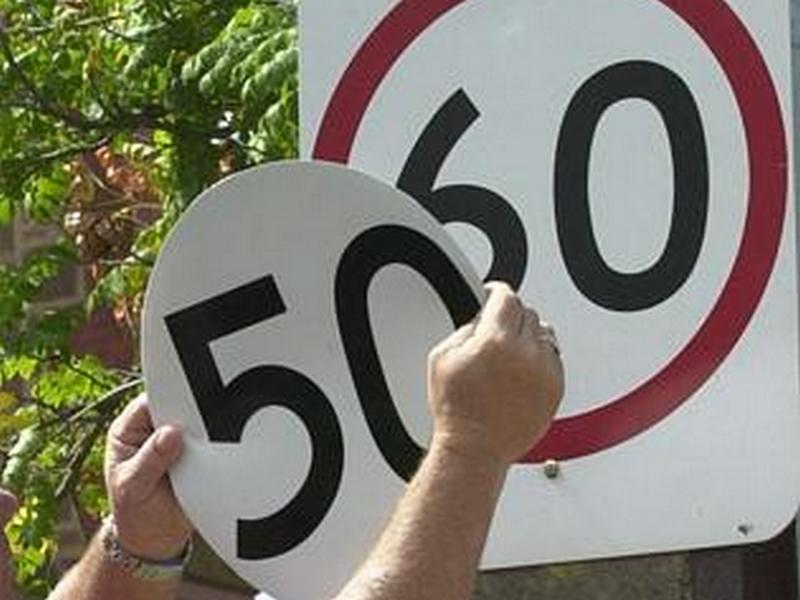 Fifty kilometers per hour in urban areas, as the new law on traffic in our country projects, is a practice in all EU member-states and some countries that are not part of the Union for years now. Last year, European Parliament adopted a document with which it requests from the European Commission to examine the possibilities this limit be lowered additional 20 kph, i.e. it to be 30 kph in certain urban areas where there are more pedestrians, residential facilities, schools and kindergartens.
Thousands of pedestrians were killed in traffic accidents or have lasting consequences, until the decision that the maximum speed in urban areas should be 50 kph.
Today, in many European countries, as well as across the world, the maximum speed limit in urban areas is 50 kph. As explained by the European Commission (EC), the determination of the maximum permissible speed is a balance between safety, mobility, environment and infrastructure.
With the new Law on Road Traffic Safety, which is ready and should be put in parliamentary procedure, this will become practice on the Macedonian city streets as well.
– In accordance with European practice and experience, with the new Law on Road Traffic Safety, the maximum speed limit is reduced from 60 to 50 kph – said officials of MOI, which is proposing the draft, for META yesterday.
The speed limit of 50 kph in urban areas is the result of extensive report from the collaboration between the United Nations, World Health Organization (WHO), World Bank, FIA and other international institutions.
Within the initiative, it is stated that Paris and London plan to expand their road network with zones where the maximum speed would be 30 kph, after the pilot-projects have shown that these zones greatly improve road safety.
Few days ago, local authorities in New York decided that they would have to change around 3,000 road signs because the maximum speed now is 30 kph.

MEPs demand accountability from leaders for the crisis in Macedonia, but from the EU as well

SDSM and VMRO-DPMNE in Brussels stand behind their positions

Hahn: Political leaders are toying with the future of the country