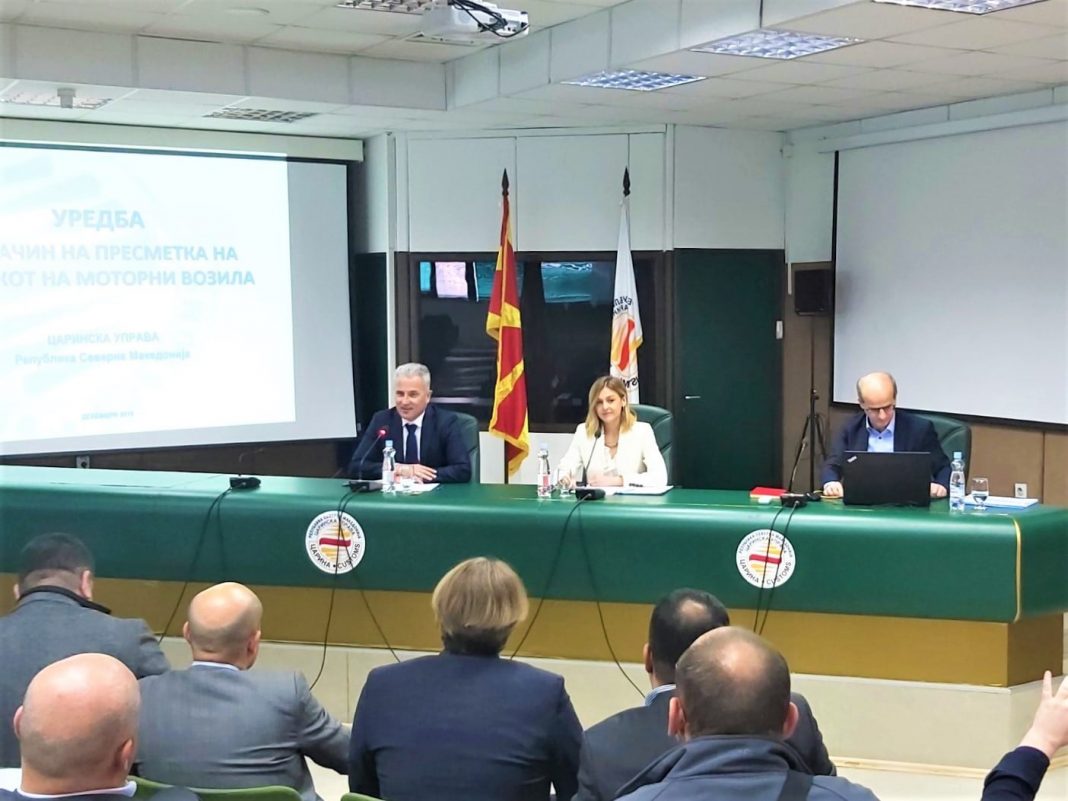 Starting from next year, a new tax for old vehicles will be introduced with the new Law on taxation of motor vehicles, announced the Minister of Finance, Nina Angelovska. The goal of this measure is to decrease the air pollution caused by the traffic.

The amount of taxation will depend on the pollution the imported vehicle causes. The electric vehicles are exempted from this tax and for hybrid vehicles only half of the amount will be paid. For certain businesses there are tax breaks and return of funds.

The tax amount that has to be paid for importing vehicles valued up to 10.000 euros will be calculated according to the level of carbon dioxide emissions. A lower tax rate will be paid for vehicles with gasoline engines compared to those with diesel engines. At the press conference, the Minister of Finance, Nina Angelovska together with the Customs Director Gjoko Tanasoski, stressed that these measures are a kind of response tot he pressures from the civic sector regarding the air pollution but it is a system solution and not an ad hok one.

The Customs Director Tanasoski announced that the changes in the tax payments for importing vehicles are planned with the new decision, and the motivation of citizens to acquire vehicles that are less pollutant will be a joint effort of several institutions where the implementation of several measures is planned.

The decision with the new taxation was adopted at the Government’s session and the implementation of the new tax will start from the 1st of January 2020.

According to Minister Angelovska, the idea behind these measures is the renewal of vehicles which is old between 15 and 18 years.She expects the income from the new tax to be equal to the incomes of collecting excises for vehicles in 2019. The import of electric vehicles is completely tax free while the import of hybrid (plug in) vehicles only half of the tax will be paid.