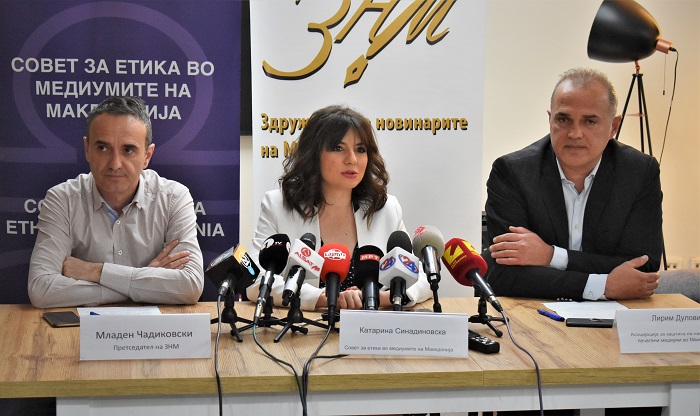 The Association for the Protection of Printed Media has joined the Network for the Fight against Hate Speech in the Media, initiated and coordinated by the Council of Ethics in the Media of Macedonia (CEMM).

President of the CEMM Management Board, Katerina Sinadinovska, stressed that when dealing with hate speech in the media, it is particularly important to continue the promotion of journalistic standards and cooperation between all institutions that are competent for sanctioning this phenomenon. The network is open to cooperation for all civil society organizations, associations, institutions and media that want to contribute in preventing hate speech in the media in our country.

Lirim Dulovi, President of the Association for the Protection of Printed Media and founder of the Koha daily newspaper, emphasized that the goal of the campaign to combat hate speech led by the Association is to raise awareness of the harmful consequences of using such speech, stressing that it is it is particularly important to demand responsibility from institutions.

President of the Association of Journalists Mladen Cadikovski pointed out that hate speech and inciting violence against journalists is absolutely unacceptable and is a direct attack on freedom of speech.

“Death threats that journalists often face are aimed at harassing journalists and silencing criticism in the media”, said Chadikovski.

He once again reminded that the responsibility of the Government and institutions is to guarantee a safe work environment for journalists. This can only be achieved if hate speech against journalists is punished and the impunity of those attacking journalists is stopped.

The Network for the Fight Against Hate Speech in the media was officially established on January 30th, this year.