The meeting between the leaders ended without a final agreement.

All parties remained on their positions.

Leaders of SDSM, VMRO-DPMNE, DUI and DPA, Zoran Zaev, Nikola Gruevski, Ali Ahmeti and Menduh Thaci will meet again on Monday and the framework of the agreement will be prepared until then.

The ambassadors of the US and EU, Jess Bailey and Aivo Orav, left the meeting without giving a statement.

– Today we showed that we are for democracy. We agreed on a framework, on continuing the talks. We didn’t give up our demands because they are justified – said Zaev and once again called for peaceful protests.

Gruevski said that they discussed on several topics and that there were several suggestions. He confirmed that another meeting between the leaders will be held on Monday.

– We are ready to talk. We discussed several topics and it is very difficult at this point to say whether the talks were successful – said Gruevski.

Asked if he would resign, he said that the people decide who would be Prime Minister on elections.

Spokesmen for DUI and DPA, Artan Grubi and Luan Tresi, welcomed the start of political dialogue. 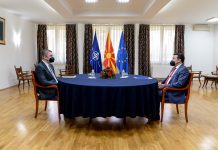 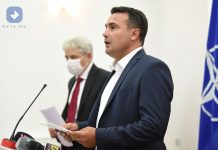 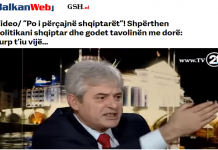