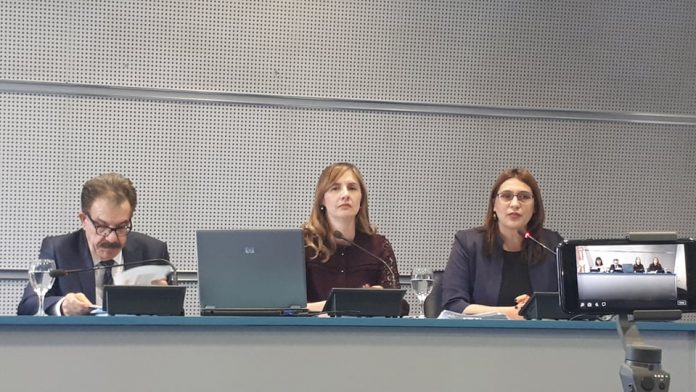 The National Bank of Macedonia (NBM) in its latest macroeconomic projections predicts growth of the economy by 3.5%. A growth of 3.8% is predicted for the next year by 2021 it will be 4%.

-The growth of the economy will be influenced by the favorable domestic situation, the export, the growth of investments and the personal spending – said the National Bank’s Governor, Aneta Angelovska Bezoska.

The National Bank has made a top-down audit watch of the inflatio,n which will be 1.5 % as opposed to the 2% that was predicted in the October analysis.

Regarding the outer surrounding i.e. the EU’s economy, where the country is exporting the most, the projections mark that it will slow this year, but without prospects of a recession. The slowing of the German economy during the first quarter of this year will not influence the export more significantly, because it remains to be 16%, as it was last year during the same period.

The NATO and EU accessions would have a positive effect on the Macedonian economy, but those effects were not put into the projections.

The state public debt, which is 46%,no cause for alarm and  it is good that the country is kept in a safety zone, Governor Angelovska Bezoska said.

-The public debt also includes major infrastructural projects that in the long run will bring many advantages. The level of capital is small and investment in capital projects is necessary – said Angelovska Bezoska.