Meta.mk
Economy Naumov: Most important thing is whether Stavreski started the procedure of issuing...

The public finances are in a terrible state, and the question remains, what did Zoran Stavreski leave behind. The pressure from Nikola Gruevski, who leads the government, will be even bigger and I expect his same disastrous policy to continue, which means more loans and more borrowing – answered the President of the Finance Committee of the SDSM, Kire Naumov when he was asked by journalists what the successor to former Finance Minister, Zoran Stavreski should expect.

According to him, the most important thing is before leaving office, whether Stavreski started the procedure for issuing Eurobonds or not.

“It is a very important issue because Eurobonds, used in this way are illegitimate, illegal and it can not be public debt if issued unilaterally by the Minister no matter who he is whether it is Zoran Stavreski or someone else”, said Naumov.

The main problem in Stavreski’s work, Naumov says, is the debt, according to him, the borrowing is somewhere between 2.5 to 3 billion euros. 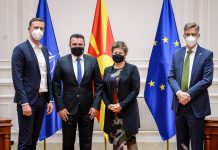 “Lidl” will build own supermarkets throughout North Macedonia 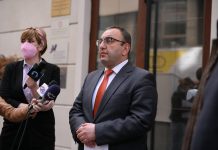 Natural gas consumption by end use in North Macedonia last year rose by 12.5%