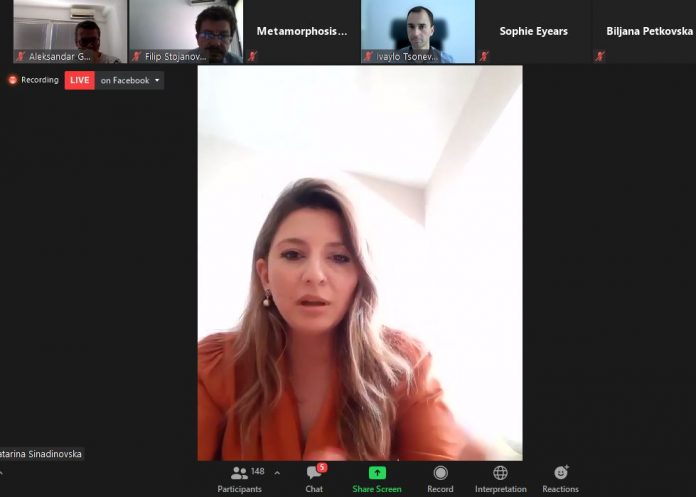 Facing the data from numerous public opinion polls and analyses which indicate that the public opinion is shifting away from the mainstream media toward the Internet, mostly to the social networks, and that more and more people are influenced by the social networks and become encapsulated within their own echo chambers or groups of people they share their opinions with, it is inevitable that in the fight against the spread of disinformation and conspiracy theories, the media as well as other factors, ought to take a more active role. Especially when it comes to sharing of facts and the truth on the social networks, instead of acting defensively i.e. acting only when the misinformation and disinformation appears. This was stressed at the online conference “Critical Thinking for Mediawise Citizens – Crithink” i.e. during the “Critical Thinking vs Media Manipulations & COVID-19 Conspiracy Theories”

Katarina Sinadinovska, President of the Managing Board of the Council of Media Ethics of Macedonia (SEMM); Ivaylo Tsonev, Project Coordinator for Bulgaria and North Macedonia, Friedrich Naumann Foundation for Freedom; Aleksandar Stojanoski, Administrative Director of Eurothink, and Filip Stojanovski of Metamorphosis Foundation for Internet and Society, who was the moderator of the panel discussion; presented various data and presented their opinion.

As Tsonev stressed, the responsible structures (i.e. the media) should more actively use the social networks for spreading the true information, but primarily with the aim of development of critical thinking among the public. Tsonev doesn’t agree that the social networks should be named “social media” since they don’t resemble any media characteristics i.e. they inform much less than they satisfy the needs of socializing and providing space for sharing opinion.

“The interest of the public is withdrawing from the mass media due to the doubts in the truthfulness or the lack of attractiveness of the content and, as a result, the people are directing their attention toward the Internet. But online, the information cannot be controlled as everyone can create a blog, a website, and there are the social networks, which many also refer to as social media, but they don’t fit the media definition. Social networks are more than media, since they don’t inform, but they are satisfying the cognitive needs of socialization, they are a space for sharing opinions, and as result, they are shaping opinion and are issuing calls for action. For a more efficient fight against disinformation, certain structures, from state factors to the media, should start using their potentials for the benefit of our societies,” Tsonev said.

He stressed that the focus of the effort in the fight against disinformation should be on the development of critical thinking, as a key-value and skill for the 21st century.

Katarina Sinadinovska, the president of the Managing Board of the Council of Media Ethics of Macedonia (SEMM) shared almost identical views. She thinks that the spread of the misinformation and conspiracy theories mustn’t be treated as a problem that only the media and civil organizations should be dealing with, but as a social issue where all relevant actors must be engaged and that everyone, primarily the media, instead of defensibly responding to misinformation spreading, should do more for spreading the truthful information, i.e. the sheer truth about the happenings, in the public, thus creating a bulwark for the spreaders of misinformation.

“All of us, who fight for the truthful news and the cleanup of the public space from disinformation, are pretty much defensive i.e. we act by responding to threats that are present in the public space. We are responsive and therefore a turnaround must be done in our response and we should create more truthful news. This is not only my opinion but is something that is stated by experts as well.

The ordinary person has a tendency to believe his or her echo chamber on the social networks and not the authorities and this should be accepted as a social problem that all actors have to deal with,” Sinadinovska reccomends.

She said that the key role in the fight against this negative issue should be played by the media.

“The people are divided into their groups and refuse to communicate with others. And this is the media’s role – to provide a way for the truth to be heard, to state that the facts are facts, and that the opinion is still an opinion and that the science should be heeded,” said Sinadinovska.

A pragmatic insight into the situation with the public opinion and the spreading of conspiracy theories and misinformation was provided by Aleksandar Stojanovski of Eurothink and Filip Stojanovski of Metamorphosis Foundation who presented the data from the analyses of the public opinion and studies that were presented in the last three years since the implementation of the Crithink project. 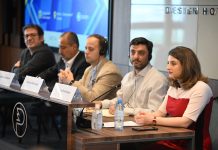