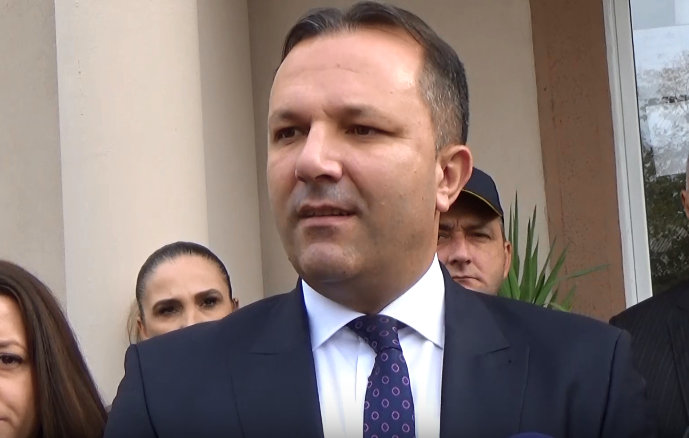 The unofficial information that the ex-special forces officer Igor Spasov was helped by former colleagues, police officers in his getaway, the Minister of Interior, Oliver Spasovski refuted them as speculations.

The speculations aren’t a basis for the organ’s decisions said Spasovski during today’s visit to Valandovo.

-We hear about many events, a lot of things, and there are an all kinds of speculations, but we, the police, cannot allow ourselves to base our decisions on speculations but on evidence. I am really pleased because the Public Prosecution from Stip has begun an investigation. I called upon for an investigation to be started and we shall see who is part of this process – said the Minister of Interior.

The goal, according to Spasovski, is to determine who is responsible and to show that there is culpability for what they have done and to act in prevention for all future occurrences.

The escape of prisoner Igor Spasovski who was convicted for the murder of Martin Neshkovski opened a lot of questions. First of all, who have contributed to this former officer escaping abroad.

The Basic Public Prosecution from Shtip has started an investigation that will show the role that the doctors, even judges have played in their decisions to stop Spasov’s sentence. The judges’ responsibility for this case will be investigated by the Judiciary Council who have started a case.