The Macedonian Ministry of Foreign Affairs still has no information whether any Macedonian nationals were hurt in the terrorist attack on Istanbul’s airport “Ataturk”, where at least 36 people were killed and 147 people have been injured.

The MFA have stated that they are in constant contact with the Macedonian Embassy in Ankara, the Consulate in Istanbul and Turkish authorities. 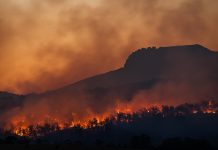