The International Open Data Conference “Data and the Culture of Openness” that is organized by the Metamorphosis Foundation was opened today at the Holiday Inn hotel. Today, two sessions of the three-day program took place at the Conference that is organized as part of the USAID Project for civic engagement.

At the opening of the conference, in his opening speech, the Metamorphosis Foundation’s Development Director, Filip Stojanovski stressed that the cooperation with USAID concerning the promotion of open data will have a similar effect as the previous projects where Metamorphosis and USAID had cooperated. Such was the case of the implemented project for fact-checking with the support of USAID in the period until 2017.

Stojanovski said that the international open data conference is a continuation of the cooperation with USAID, stressing that it is nice to be cooperating with them and the Ministry of Information Society and Administration (MISA). He wished all of the participants at the conference a warm welcome and wished them successful work in the next three days.

The Acting Representative of the USAID Office, James Stein, in his addressing, stressed that he felt wonderful because in the next few days he will be talking about the use of open data since open data is a tool that is allowing a culture of trust between the institutions and the citizens. Stein stressed that the open data allows the governments to take responsibility and at the same time, it provides the people with information about how the funds are being used.

Stein also quoted the words of US President Jo Biden who clearly said that his administration aims toward the highest values of transparency and democracy. At the same time, open data is a tool for making the government’s decisions to be more transparent.

In his speech, he expressed his satisfaction that the number of open data sets from institutions and municipalities in the previous period is increasing which can be used for inducing positive changes in the society and to promote solutions for the use of open data  by citizens. James Stein stressed that USAID is working on providing support for the Republic of North Macedonia for its EU accession i.e. it is working with the ministries on harmonizing the laws.

“The progress is impressive and I hope for additional sharing of knowledge from all of the participants in the forthcoming period,” said Stein.

The Minister of Information Society and Administration Admirim Aliti, in his speech, stressed that open data is very important in the process of making the institutions to be transparent, and at the same time, politicians and managers to be more accountable and to be more accessible for journalists and citizens.

As part of the cooperation between Ministry of Information Society and Administration and Metamorphosis Foundation, with regular activities about the open data, there is continuous work on providing support for the institutions regarding technical aspects and the ways how the open data portal – data.gov.mk., functions.

“As of today, 543 data sets from 72 institutions from the public sector were published at the portal. MISA in cooperation with Metamorphosis Foundation, as part o the USAID’s project is working on providing support for the institutions such as the Ministry of Education and Sciences, the Ministry of Interior, The Bureau of Public Acquisitions, Public Health Institute and the Government’s General Secretariat in the process of opening their data,” said Minister Admirim Aliti. 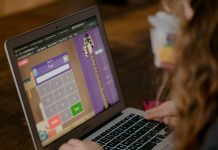 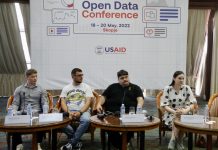