Meta.mk
Main Section March, April, May or June: When exactly does Janeva and the SPO’s... 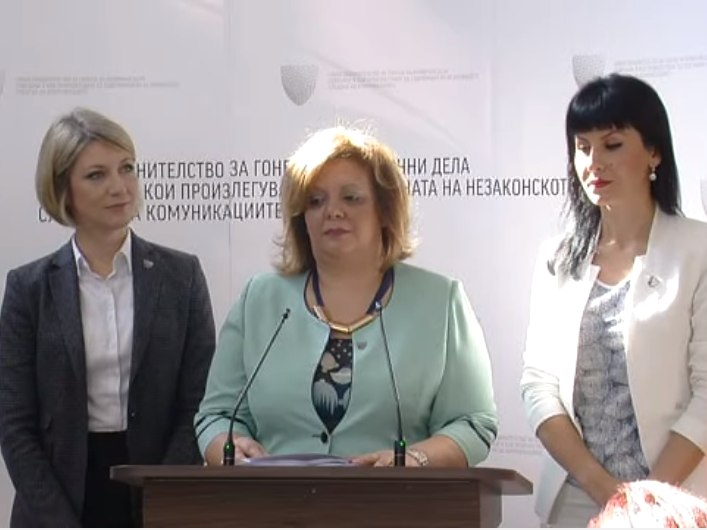 Special Public Prosecutor Katica Janeva and her team have about six months left (until June 4 or June 30!) for opening investigations and filing charges in cases related to the “bombs” released by SDSM, namely from the illegally recorded communications. This is because of the current Law on the SPO, which stipulates that the SPO has 18 months left for “taking on cases” and for opening or closing investigations and prosecutions. The SPO’s cases and material from the Public Prosecution and SDSM took legal action on two occasions, on December 4, 2015 and December 30, 2015.

Will the SPO’s mandate be extended? What will happen to the SPO, if Gruevski and Ahmeti form a Government again? Does this mean the end for the SPO? Is VMRO-DPMNE purposely delaying the process with the SPO’s deadline to save officials from further investigations against them? These are just some of the issues arising in this post-election limbo due to close election results from December 11, which recently received more intensity.

The extension of the SPO’s mandate is one of the red lines that VMRO-DPMNE and DUI layout ahead of negotiations for the new government, whose formation is up to VMRO-DPMNE leader Nikola Gruevski. The stance or the red lines the SPO recieved from both parties are diametrically opposed but carry the attitude “we are not negotiating that.”

The public today and before has the interpretation that the mandate for the SPO, which is the deadline for investigations and filing charges, expires in less than two months, in March.

Here is what Article 22 says from the current Law on the SPO:

“The Public Prosecutor who is in charge of the Public Prosecutor’s Office may file charges or order the termination of an investigative procedure within a period of no longer than 18 months from the date the case was taken over and all material regarding a case is within their jurisdiction.”

Therefore, Janeva at the the end of June has a deadline for investigation and filing charges. In the previous period of one year, the SPO opened nine investigations and filed charges against two hundred individuals.

Under Paragraph 3, Article 1, the law on the SPO will be in effect for five years from the adoption by Parliament and may be extended once a year by a decision made by a qualified majority of MPs.