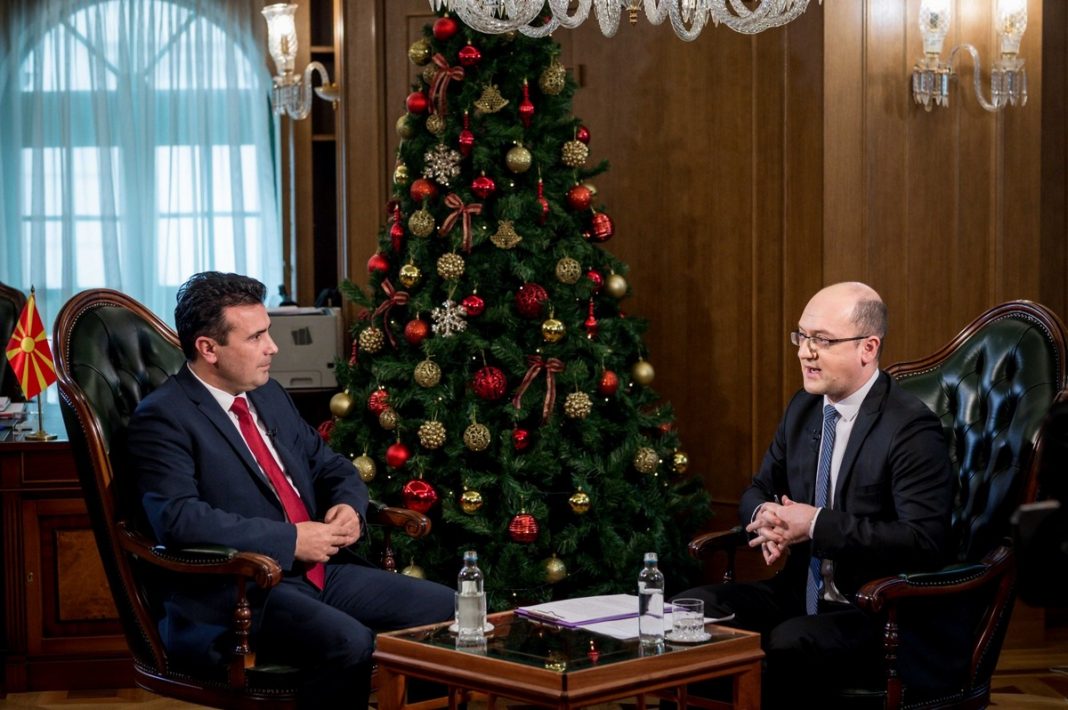 Prime Minister Zoran Zaev gave an interview for the National broadcasting service MRTV and he expressed his expectations to receive a new clean mandate at the next parliamentary elections, a continuation of the growth of the economy, the country’s international integrations, the legal segment to become more functional and making Macedonia into a better place for living.

“If I win a whole mandate dedicated to the economy I believe we shall be able to achieve a lot. Let’s serve as an example for all others, the integrations to contribute to foreign investments, the use of funds and our local capacities, knowledge, existing resources for the welfare of our nation. In such ambient we can expect to keep the young here” said Prime Minister Zaev.

He also said that the favorable conditions for that we created during the past two and a half year mandate.

“Paralel to the reforms we implemented, we have managed to achieve what have been waiting for the last 30 years i.e. a NATO membership and commencing the EU negotiations. For me these tasks were achieved as we took part in the NATO summit and only Spain remains to ratify it and it will. We are waiting for their government to be formed and their Parliament to ratify it. Also, regarding the EU, through the European Council and the European Commission, it was verified that all of the conditions were met i.e. we have managed to achieve everything it was expected of us” said Zaev and announced a vetting of the judiciary.