Meta.mk
MKD Macedonian President Pendarovski states that at the moment there is no indication... 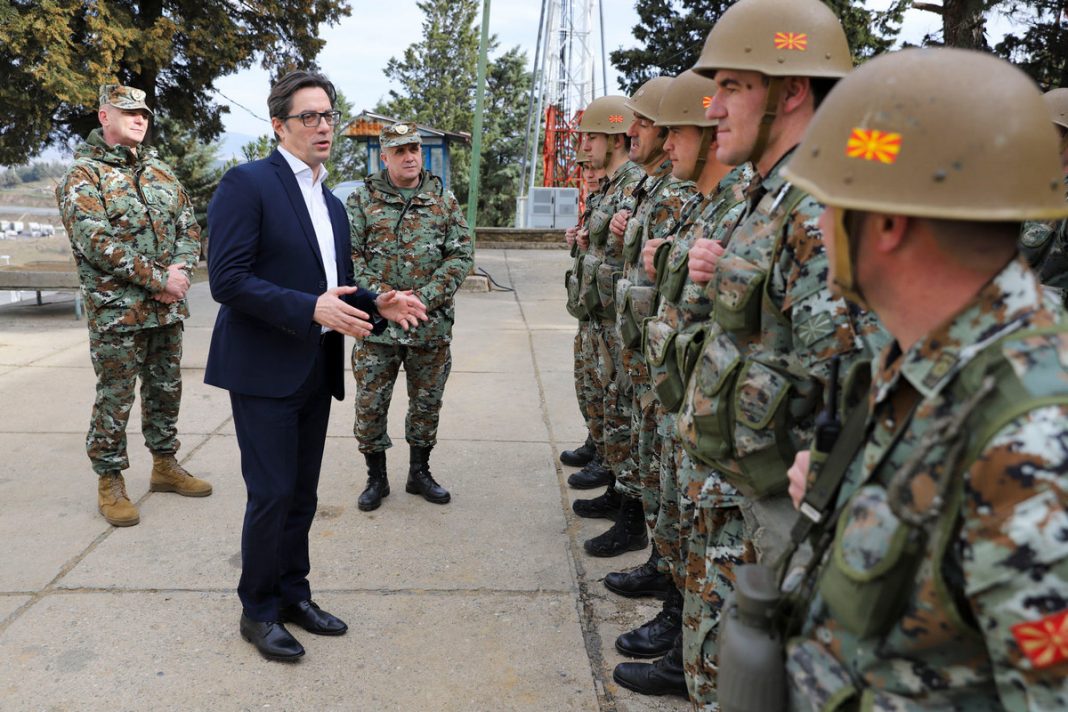 The President and Supreme Commander of Armed Forces, Stevo Pendarovski visited today the members of the army stationed at the country’s southern border.

Pendarovski stressed that at the moment there is no increase of illegal border crossings by illegal migrants apart from the usual which is usual for this part of the year and said that he doesn’t expect a larger number of migrants that would enter into Macedonia from Greece. Even if that happens, all institutions are ready for that.

“The state organs are monitoring on a daily basis all activities in the area and we have a communication on a daily basis with partner services. There are meetings by the Steering Committee for Coordination and Management of the Crisis Management System where each institution has its own representative.

In accordance with the law, not long ago, a new organ for coordination of the services was also activated. Since two days ago, the army contingent was also increased. Despite there is no greater migrant tidal wave coming, still we don’t want to be caught unprepared.” said Pendarovski.

At the same time, the migrant pressure is now at the Turkish-Greek border and it resembles the ones from 2015 and 2016.