Meta.mk
Main Section Macedonian President Pendarovski calls on all to protect natural resources and to... 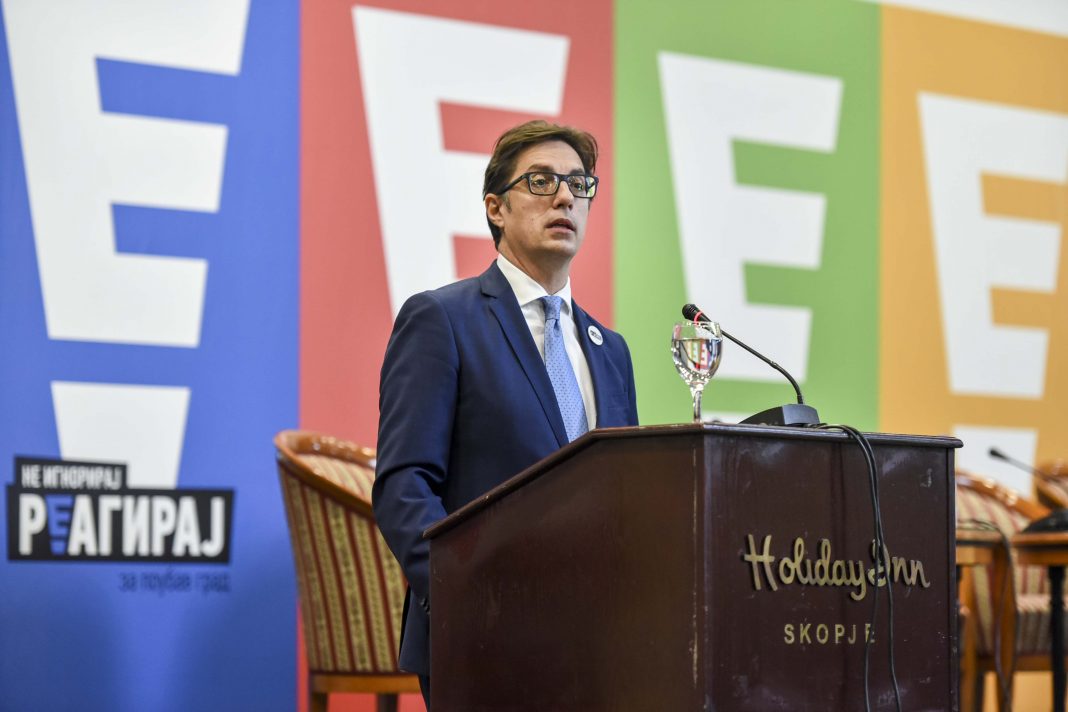 The climate change isn’t a process that will await us in the future but is our reality today, that influences our quality of life, health, economic processes the infrastructure. We the politicians have an obligation to actively work on the creation of a healthier living environment said the Macedonian President Stevo Pendarovski during his speech at the conference titled: “Climate Action: To prevent and to heal” as part of the campaign for a better living environment “Don’t ignore! React!” organized by the Institute of Communication Studies.

-As a president, I will do everything in my power and I will also publicly call upon for a bigger engagement of more authorized sectors in our society in order to alleviate the negative effects that all of us are sensing – said Pendarovski as he referred to last week’s meeting he had in his cabinet with representatives of several civic organizations and initiatives that approached his with requests to take action for the protection of the living environment.

Pendarovski announced that at the next session of the Security Council that will take place in mid-December, the protection of the living environment will be put, for the first time in history, as a point in the agenda. At the session will be invited representatives of civic organizations that will have an opportunity to discuss directly with the members of the Council about this subject and to propose measures for greater protection of the environment and the fight against pollution.

He also called on all for the protection of natural resources.