The Interim Minister of Interior Nakje Chulev informed today that MoI has 3.600 to 3.700 passport booklets. Passports will be granted to 650 people that have applied for passports using an urgent procedure and the remaining are kept for medical cases with priorities.

Chulev informed that MoI has received around 16.000 applications for travelling documents using regular procedures that they will not be able to implement until the new batches arrive. They are expected to arrive next month. The system for scheduling terms for new passports will be out of order. MoI expects that in March it will receive 100.000 booklet passports.

According to Chulev, the German company Veridos has requested that the order should be done 6 months earlier.

“The lack of ID cards and drivers licence has been overcome with enormous efforts and connections at Veridos, but the problem with travel documents remains further as a result of poor planning, flaws and poor work including delays in the ordering of travel documents” said Chulev 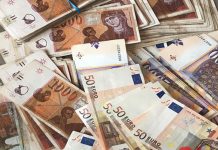 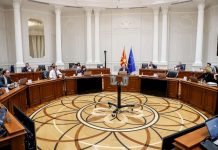