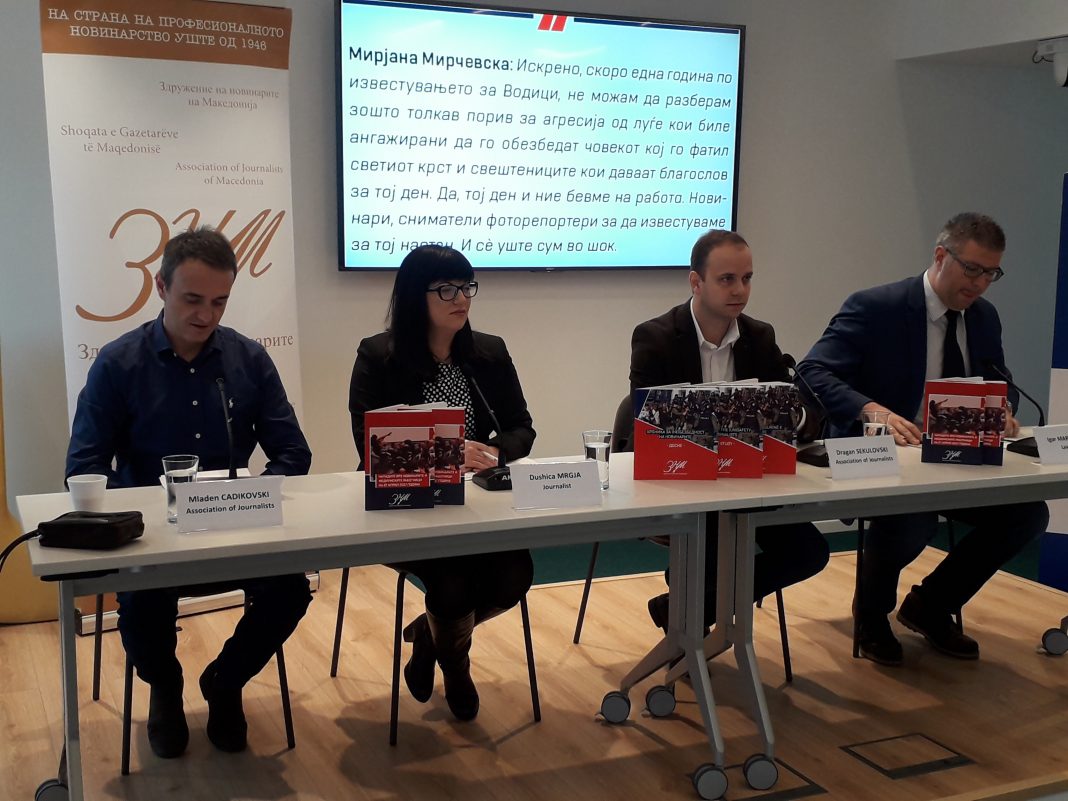 The Association of Journalists of Macedonia (AJM) promoted two publications today> “Chronicle of Journalists’ (non) Safety” and “Attacks on Journalists and Media Workers on the 27th of April”
which are meant to stress the situation with the impunity of the attackers on media workers in this country.

Dragan Sekulovski, the AJM’s Executive manager, said that the Association will not let go of the cases of attacks on journalists, camera operators and photo reporters.

-With this publication, AJM wants to remind the government including the Basic Public Prosecution that the justice hasn’t been served for journalists and media workers for the incidents on the 27th of April – said Sekulovski.

he also said that 3 years later since the incidents, no one was accused nor a legal procedure was started on part of the Basic Public Prosecution.

Journalist Dushica Mrgja, one of the attacked journalists during the “Bloody Thursday” as the incident is called, stressed that even three years since the attacks occurred “the justice is still shaky” about this case.

AJM’s President Mladen Chadikovski said that the problem with a high degree of impunity for violence on journalists in this country still continues.