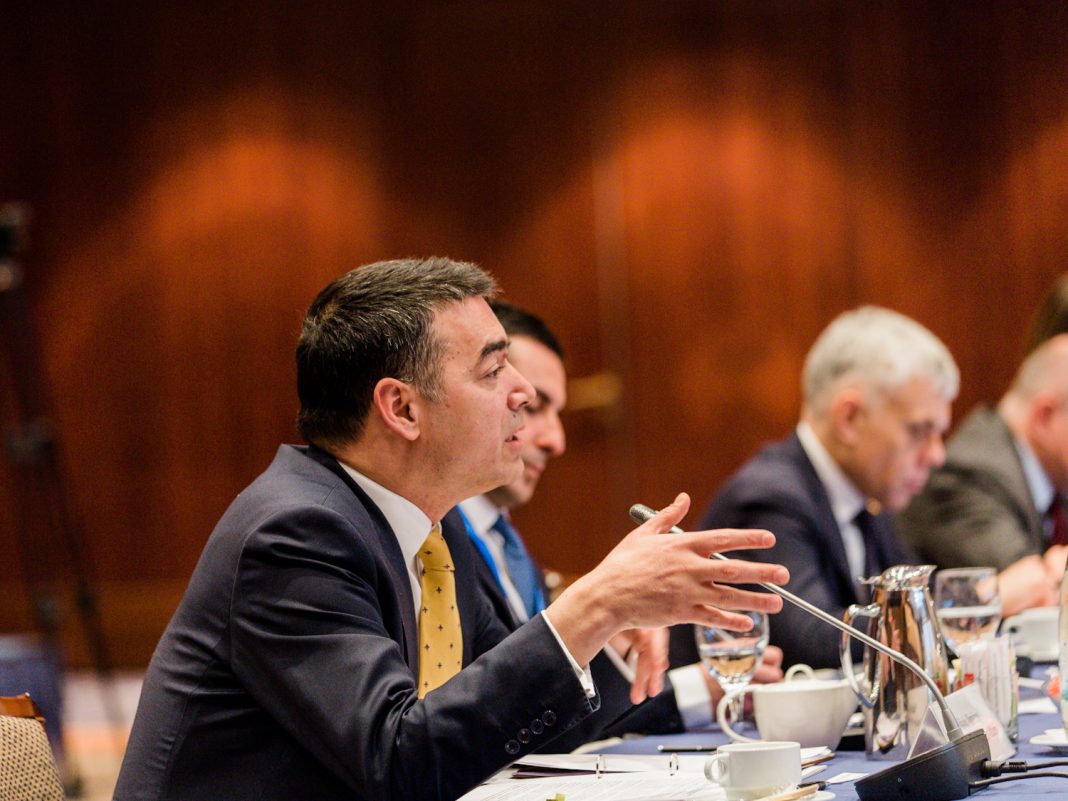 In order to be able to continue with talks about this region’s European perspectives, it is necessary to achieve a consensus for green lighting the start of the accession negotiations with North Macedonia without any delays, said the Foreign Affairs Minister, Nikola Dimitrov during his stay in Thessaloniki, informs the MFA.

Upon invitation from Greece’s Minister of Foreign Affairs, Nikos Dendias, he took part in the conference at a higher level dedicated to Western Balkan’s European Perspective”from Thessaloniki to Zagreb”. The foreign affairs’ ministers of both the Western Balkans and the EU’s member countries that border with this region, have all together been striving for a strong, united and stable Europe through total integration of the Western Balkans into the European Union.

-March shall be a test also for the new Committee’s geopolitical ambitions. This is also a test for the EU itself for a credible global influencing. As for Macedonia, we are not perfect but you shall all agree that we have built a strong resume and we have delivered. It is nigh time for the importance of the moment to be recognized by the European Council and to grab the chance for a joint success – said Dimitrov.

In the joint statement from the conference is it stated that there is an expectation that accordance to the European Committee’s recommendations, the EU will pass a decision for opening accession negotiations with North Macedonia and Albania before the Summit in Zagreb in May 2020.