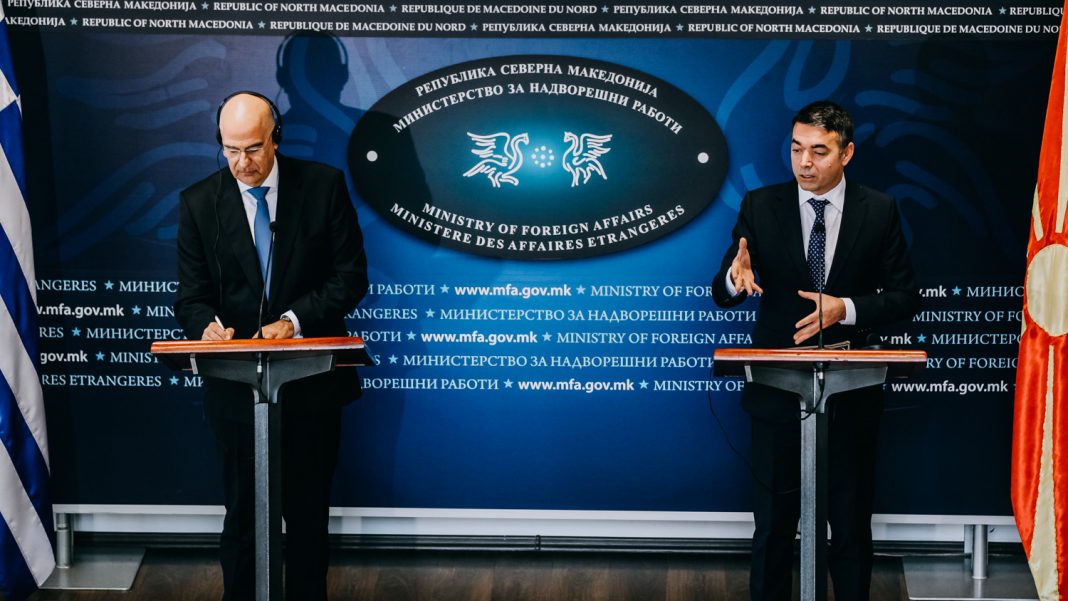 The Minister of Foreign Affairs Nikola Dimitrov has met today with the Head of the Greek diplomacy Nikos Dendias, who is on an official visit to Macedonia.

During the meeting, opinions were exchanges about bilateral cooperation in relation to political relations and economical activities as well as Macedonia’s European perspective including the region’s perspectives. Also, possibilities were discussed concerning the strengthening of the sector cooperation, the economic trade and investments.

“We talked about this new era for our relations and we stated that it is especially important to continue devotedly to a mutual implementation of the Prespa Agreement obligations. Also we talked about other issues such as the first session of the Expert Commission for trade marks and the speeding up the first meeting of the experts for opening new border crossings that were already agreed” said Dimitrov at the press conference.

He informed that he has received an invitation from Dendias for a working breakfast with the ministers of foreign affairs of the EU member countries on the 9th of December in Brussels.

Dimitrov expressed his gratitude that the Head of the Greek diplomacy has signed the letter along with 14 other EU member countries as a support for opening accession negotiations which was addressed to the Commission’s president.

Greece has reaffirmed the continuous support for Macedonia’s European perspective.

Dendias has also met with Presidnet Stevo Pendarovski and will be meeting with Prime Minister Zoran Zaev as well.