Meta.mk
MKD Macedonia has an opportunity for an open society, but only if the... 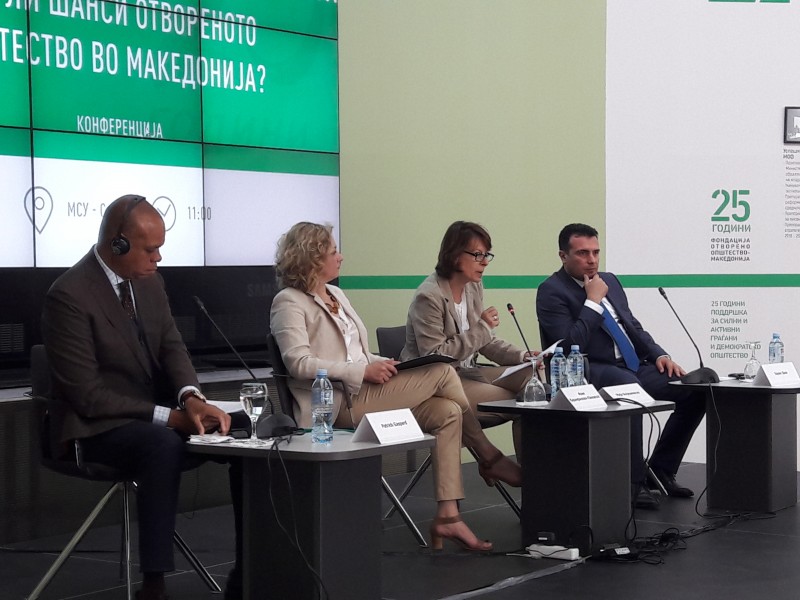 Macedonia has an opportunity for an open society, but reforms in the rule of law must continue, freedom of expression, transparency, accountability, economic development and the fight against hate speech and xenophobia, these topics are part of the conclusions of today’s conference “Are there chances for an open society in Macedonia”? organized by the Foundation Open Society Macedonia (FOSM).

The FOSM’s Executive Director pointed out that they have carefully chosen this title at this closing conference.

“Open society as a concept is never achievable in an ideal sense. Nevertheless, there are ways to do a lot more in order for Macedonia to be considered a real open society with all the values it foresees. There is a lot of work regarding the plan of the rule of law, the establishment of the rule of law, in terms of dealing with crime from the previous government in the same time dealing with eventual crime among the representatives of the current government”, Karanfilova – Panovska said.

Prime Minister Zoran Zaev stressed that the current government will continue to build the state with transparency and accountability.

“Motivated by the urge to liberate, to open their society, the people of Macedonia created conditions for fair and democratic elections, and the majority voted for the victory for an open society. The people stood on the side of the victory with a pen in their hand. Without any force they liberated the “captive state”. Democratic forces have opposed the retrograde structures, those who wanted to destroy and capture the society”, Zaev said.

The president of the Open Society Foundation, Patrick Gaspar, said he was optimistic, but also noted that the work has not been completed and reforms must continue.

“The former government in Macedonia wanted to close the open society, but the citizens stood in its defense because they wanted a free society. I thank everyone who gave me support. Much has been done in Macedonia, but there is still a lot to be done in the fields of access to rights, innovation and economic empowerment, together with strengthening the judiciary”, Gaspar said. 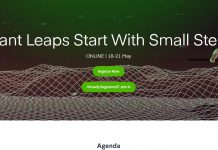 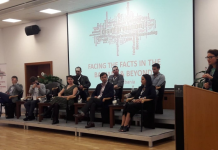 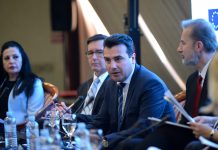