The government’s decision, that was passed on the 29th of October, to lower traffic tickets, was submitted at the Parliament and is expected to enter into force before New Year informs MoI for Portalb.mk. This means that the citizens will still be fined with old i.e. higher charges.

“The decision was filed at the Parliament and it has to be voted in order to enter into force. I don’t know whether there will be any amendments or changes in the draft-law, but we expect it will enter into force at the start of December i.e. before New Year” said the spokesperson of the Ministry of Interior, Toni Angelovski.

What do these changes in the traffic laws contain?

• Driving at speeds higher than approved
• Driving under the influence of alcohol
• Not letting other vehicles have a priority to pass
If during a period of 5 years the driver repeats one of these three violations, his driver’s license will be confiscated.
3. The negative points will be abolished. The drivers will not be able to change their fine with negative points but they will have to pay for the violation.
4. The police will have the right to confiscate the vehicles that were not registered for more than 6 months.
5. The police also has the right to confiscate, during a period of 6 months and more, any vehicle that causes a lot of noise and is violating the public order and peace.
6. The citizens that are using electric scooters will not be allowed to drive on streets and boulevards. Instead, they will be using only bike trails. At places where there isn’t any bike trail, they can use sidewalks. The highest allowed speed when driving across bike trails is 25 km/h, while on sidewalks they will be allowed to drive 6 km/h. In order to achieve greater safety, the citizens that are driving scooters at night should be wearing fluorescent green safety vests in order to be visible to pedestrians and the traffic. With the changes and additions in the law the age of those who can drive scooters is limited i.e. persons under 14 are not allowed to drive electric scooters. The fine for not wearing a safety vest is 50 euros, and for driving on the road, the fine is 80 euros. If you are caught driving faster than allowed, the fine is 120 euros. =
7. The driver’s license will be valid until the driver turns 75. 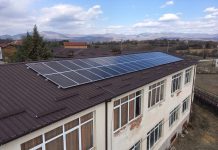 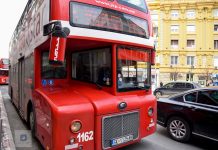 The energy communities will allow the citizens of North Macedonia to...

Brussels on Zaev’s statement: We don’t comment on individual “conditions” by...

VMRO-DPMNE’s Central Committee will summon the Congress to elect a new...