This morning, starting at 8 o’clock began the main phase of the census of the population, the households, and the dwellings throughout the North Macedonia, which legally should end on the 21st of April, at 8 pm.

This is not April Fools Day joke – the current Law on the Census provisions that starting from the 1st of April, the people who are carrying out the census should be knocking on people’s doors nationwide.

Even though this week an agreement was reached between the party leaders, Zoran Zaev and Hristijan Mickoski,to postpone the census to September and in return, the opposition obliged itself not to issue calls for boycotting this crucial operation, until this morning, the Parliament of the Republic of North Macedonia (RNM) didn’t vote in the postponement of the census to September.

Taking into account the new situation with the Census 2021, and in accordance with the Census Law on population, households, and dwellings in the Republic of North Macedonia 2021, until the closure of the procedure at the Parliament that is expected to happen very soon, the State Statistical Office (SSO) will not start any field activities, informed SSO.

“Taking into account that the Census is planned to last 21 days, i.e. until the 21st of April, the State Statistical Office considers there is enough time for all planned census activities to be finished on time,” stated SSO’s press release. 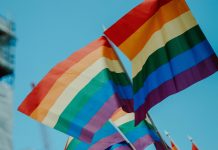