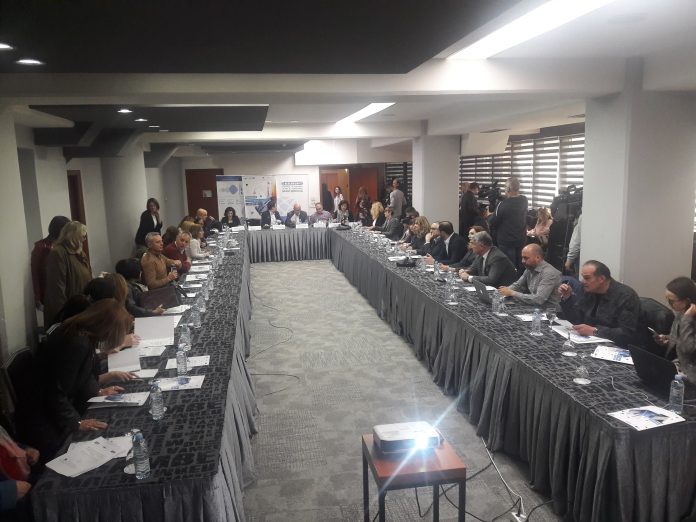 In the past period, key reform laws in the fields of justice and human rights have been adopted, but the results of the practical implementation of those laws, which will be important in the accession negotiations for EU membership in Chapter 23, remains to be seen.

This was highlighted at today’s policy dialogue “Reforms in Chapter 23” organized under the project “Network 23 – Networking for Influence (NETWIT 23)”, implemented by the Institute for European Policy (EPI) and the Helsinki Committee for Human Rights. The fourth “Shadow Report for Chapter 23 for the period June 2018 – March 2019” was presented at today’s event.

One of the major remarks was that it was not yet known what measures were taken to sanction the misconduct of ACCMIS, the system for computer distribution of cases in the courts, since the commission was established in December 2017, however results have not been announced.

“It is important to note that the implementation of the adopted laws has yet to be implemented, but given the long discussions on these laws, it should be noted that these are the laws that received positive opinions from the Venice Commission and we expect  they will lay a good basis for remedying certain mistakes we have identified in recent years, which were detected in the report by Reinhard Priebe and the expert group,” emphasized the EPI director, Simonida Kacarska.

She added that this report is comprehensive for Chapter 23, which covers justice and fundamental rights. Katsarska stressed that the key anti-corruption law reform law was the Anti-Corruption Law, as well as the election of the Anti-Corruption Commission and the manner of its election.

The Director of the Helsinki Committee for Human Rights, Uranija Pirovska, pointed out that during the period reported, crucial laws were enacted, such as the Law on Prevention and Protection against Discrimination, as well as the Law on the Termination of Pregnancy.