Meta.mk
MKD That’s why they rescheduled the congress of VMRO-DPMNE, which was scheduled for... 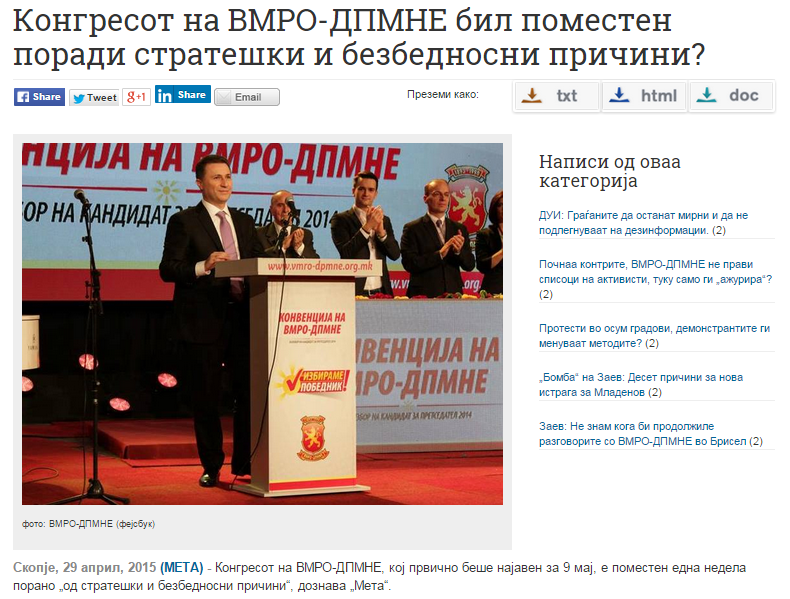 The congress of VMRO-DPMNE was originally planned to be held in Kumanovo today, but it was moved a week earlier due to, as META reported, “security and operational goals.”

VMRO-DPMNE officially denied that the relocation of the Congress for 2nd and 3rd of May was related to the announced protests of the opposition.

– The Central Committee decides the date of the Congress. Its organization has nothing to do with the announced protests of the opposition – stated Aleksandar Bichikliski from VMRO-DPMNE for META.

Fifteenth congress of VMRO-DPMNE was held last Saturday and Sunday in Kumanovo and on it Nikola Gruevski was re-elected president with majority of votes. 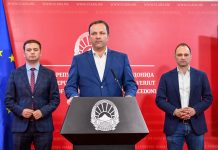 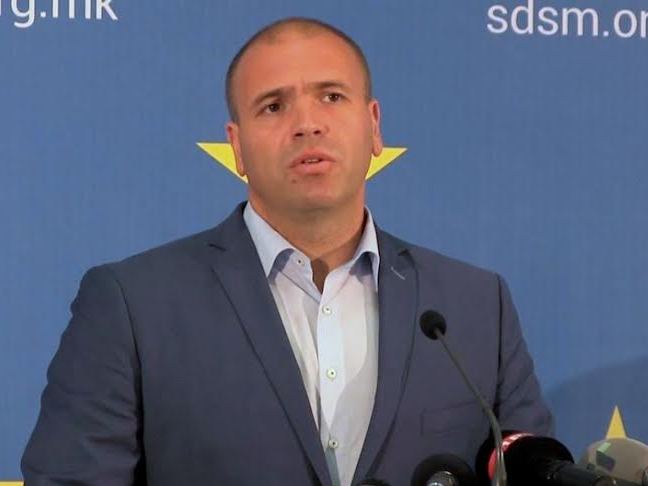