Meta.mk
World Europe Who attended, and which leaders ignored the march in Paris?

US President Barack Obama didn’t attend the march in Paris, held yesterday in protest against the killing of the journalists of the satirical weekly “Charlie Hebdo”. The Secretary John Kerry also didn’t attend, who, in turn, together with Macedonian Prime Minister Nikola Gruevski, was a guest at the Entrepreneurship Summit “Vibrant Gudzherat” in India.

US media indicate that it’s astonishing that their representative on the march was only the US ambassador in Paris, Jane Hartley.

With a photograph of the leaders (including Greek Prime Minister Antonis Samaras), “CNN” today openly asks “Where was Obama?”.

In Paris, but at a security summit to combat terrorism, was the US Attorney Eric Holder.

From the countries of the region, the President of Kosovo, Atifete Jahjaga, Prime Minister of Albania and Turkey, Edi Rama and Ahmet Davutoglu, Bosnian Deputy Prime Minister and Foreign Minister Zlatko Lagumdzija, and the Speaker of the Serbian Parliament, Maja Gojkovik participated in the march. 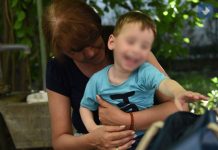