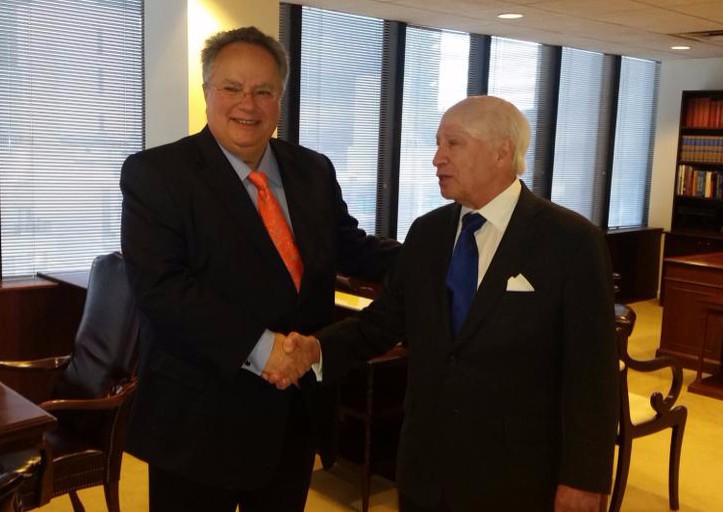 The chief of Greek diplomacy, Nikos Kodzias will meet today in New York with the mediator in the name dispute Matthew Nimitz. The meeting Nimetz – Kodzias will be a part of the journey of the Greek minister of foreign affairs in New York to attend meetings regarding issue with Cyprus as the negotiations about this issue during this period were intensified.

The name dispute will have a lower priority on Kodzias’ agenda who will use the presence of UN to talk even with mediator Nimetz regarding the Macedonian-Greek relations and name negotiations. Kodzias and Nimetz have met twice last year, once in April in Luxembourg and the second time in New York during the UN’s General Assembly. These meetings did not produce any vivid results, taking into account that the negotiations are on a standby because of the political crisis in Macedonia. This will be their third meeting while the crisis in Macedonia is still ongoing, and the last negotiations happened in 2014.

Both the Greek and the Macedonian sides openly invested their efforts into meeting that would strengthen the trust and cooperation between the two sides, leaving the political dispute aside.