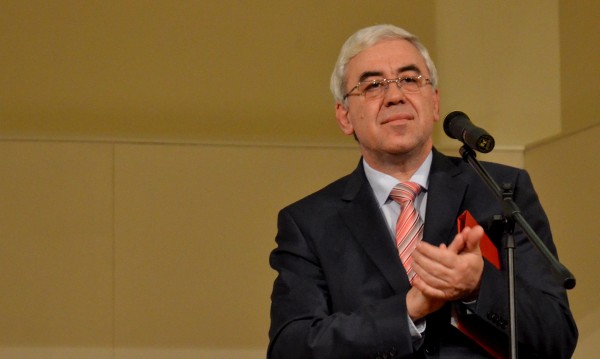 The nationalistic VMRO-BND led by Krasimir Karakachanov, a well-known opponent to the Macedonian national identity, since the end of last month began a fight against the Bulgarian Helsinki Committee (BHC) and he asked the Chief Public Prosecutor in Bulgaria to ban this civil organization stating that “with its actions аthe BHC has put to risk the Bulgarian citizens and has violated Bulgaria’s good reputation in front of the international institutions.”

So far, over 70 Bulgarian and over 40 international organizations have stood up in support of BHK and have summoned prosecutor Sotir Cacarov to reject the demand from VMRO-BND to stop the registration of the Bulgarian committee.

-These are Stalinist methods! It is terrible to see that after 30 years of democratic changes in Bulgaria, there is an effort to impose such Stalinist methods where the state institutions are interfering and are trying to put pressure on the civil society – said Krasimir Kanev, the President of the Bulgarian Helsinki Committee for Meta.mk.

Angel Dzambaski, the Deputy President of VMRO-BND and MEP including Aleksandar Sidi, an MP at the Bulgarian Parliament and member of the party’s national committee, at the end of the previous month, sent a request to the Chief Public Prosecutor Sotir Cacarov to stop the BHC’s registration as the BHC has been violating the constitution.

“We remind you that VMRO for years has been signaling to people about BHC’s activities which is apparently to protect human rights, but in reality, they put Bulgarian citizens to risk including Bulgaria’s reputation in front of international institutions.

But this is not the only issue because of which VMRO-BND hates BHC. They find it scandalous because the organization has been organizing seminars for judges, prosecutors and students.

To these attacks by Bulgarian nationalist, by yesterday, over 70 Bulgarian and 40 international organizations gave their support and demanded that Prosecutor Cacrov not to accept the VMRO-BND’s request.

These public attacks cannot be allowed to happen as they are blemishing the trust of the society in the non-government sector and are used for political goals that aren’t in the interest of the public” said the organizations consisting of environmental, business, educational and legal institutions.