Meta.mk
Main Section Kiracovski: I didn’t know that Jovanovski was extorting money and I didn’t... 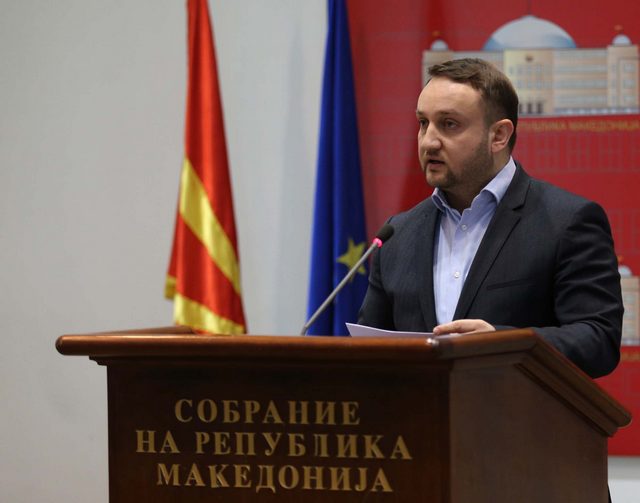 I shared all information at my disposal with the Public Prosecution, and I hope and I’m convinced that all fake news, manipulations, insinuations which have hindered the investigation, will end today, said SDSM’s MP Aleksandar Kiracovski after he was question regarding the Racket case.

When asked by a journalist, he replied that he wasn’t attending any meetings by Bojan Jovanovski with any businessmen and that he wasn’t even a member of International Union.

“I was summoned only for a small segment. Issues such as Kamchev, Kicheec, Katica were not discussed with me. I do not know them nor I wish to get to know them” said Kiracovski.

He said that he didn’t know that Jovanovski was racketeering, and that he was a guest at the 1TV shen he was the head of the Election Headquarters of President Stevo Pendarovski.

Regarding the nickname Kiki, he said that he doesn’t recognize himself under this moniker.

I had a meeting with Geroski and I wanted to check whether I was named after it or it was someone else. Geroski admitted that he has made a faulty assumption” said Kiracovski.

Shekerinska reacts to Karakachanov’s “regiment”: The communication between allies shouldn’t be in this manner

Analysis: In the IT sector in North Macedonia, the gap between men and women almost non-existent