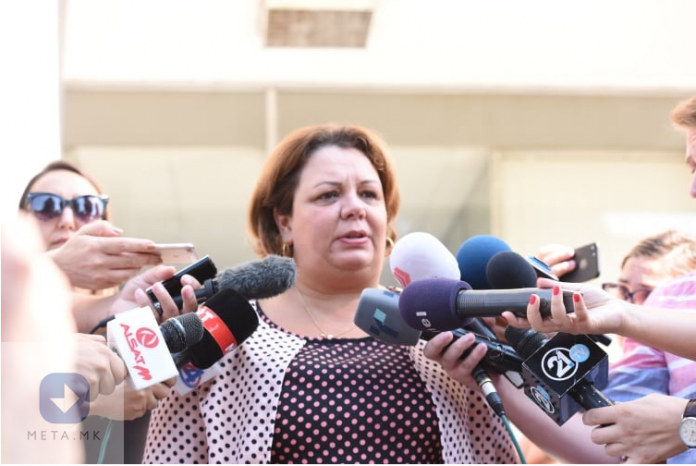 The Special Public Prosecutor Katica Janeva, arrived this morning at the Office for Prosecution of Organized Crime and Corruption where she will be interrogated. She has been called to give a statement on the case “Reket”, in which, suspects for racketeering businessmen are Bojan Jovanovski – Boki 13 and Zoran Mileski – Kiceec.

At the entrance of the Office, Janeva stated that she hopes her statement today will help speed up the investigation process in the case „Reket“.

– I am still the Special Prosecutor. I hope that my statement today will contribute to successful closure of the ongoing investigation – said Katica Janeva.

She confirmed that SPO prosecutors have full authority to represent the cases it has submitted to the court.

Interrogated in the case “Reket”, until now, have been the second suspect Zoran Mileski – Kicec, pensioner Liljana Todorovska as a signatory of the European Center project of Boki 13 and three prosecutors from the SPO – Lile Stefanova, Elizabetha Josifovska and Burim Rustemi.