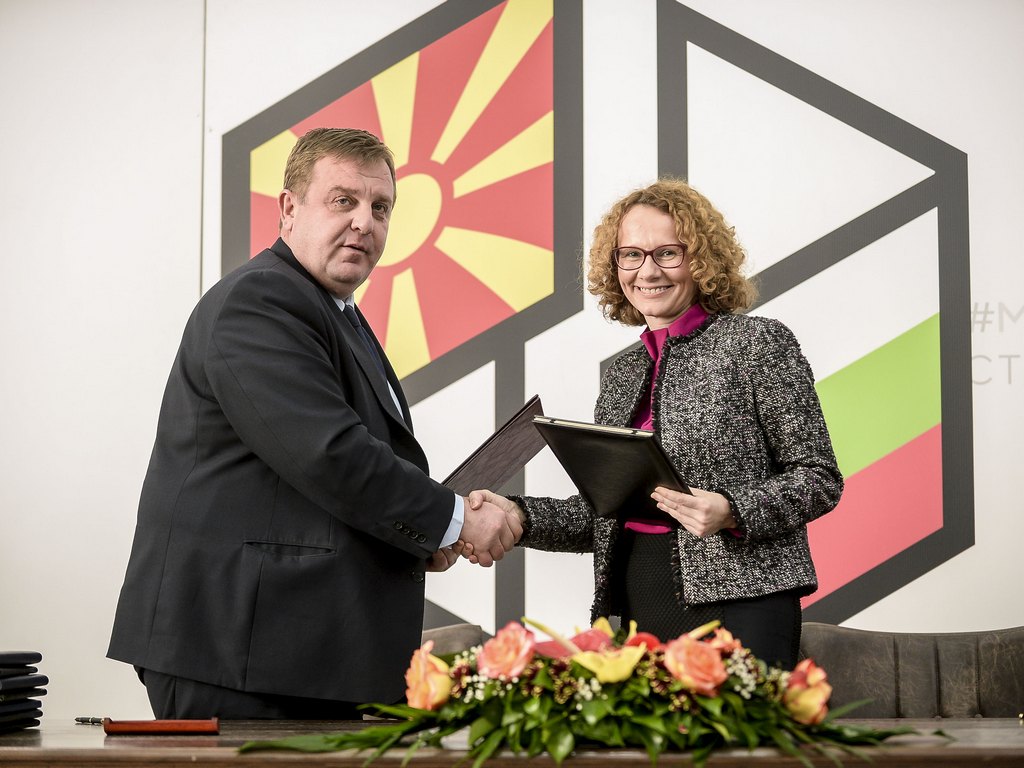 Bulgarian Deputy Prime Minister and Minister of Defense Krasimir Karakachanov and President of the VMRO-BND, followed by Bulgarian MEP Andrej Kovachev of the GERB, both members of the Bulgarian political right-wing party, have expressed severe views regarding the Macedonian national identity this weekend and threatened to block Macedonia’s membership in the EU and NATO if Macedonia continues to talk about the Macedonian identity and language.

Contrary to the disputes regarding the Macedonian identity and language in statements made by the Bulgarian politicians, there are not only the quoted facts by cultural and political activists from the 18th to the 21st century (not to mention Krste Misirkov as an obvious example), but the Treaty of Friendship, Good Neighbourliness and Cooperation between Macedonia and Bulgaria, which regulates mutual respect for history, but also the right to self-determination.

He responded to Zaev’s statement in Parliament about the learning of the Macedonian language in neighbouring Greece, where he suggests that the agreement with Greece, known as the Prespa Agreement, provides recognition of the presence of Macedonian and no one has the right to contradict it.

Contrary to Karakachanov’s messages, as well as some of Kovachev’s, numerous historical works stand not only in Macedonia, but also in the United States, Russia, Germany, France and Poland.

An unambiguous response to Karakachanov’s allegations gives way to the Treaty of Friendship, Good Neighbourliness and Cooperation between the Republic of Macedonia and the Republic of Bulgaria.

In the very preamble to the Friendship Treaty signed by Macedonia and Bulgaria, common history is mentioned, but before that it speaks of the “peoples” of both countries.

In other words, both Bulgaria and Macedonia leave the clarification of historical questions to historians. As a politician, Karakachanov is completely excluded from the category of interpreting history.