Meta.mk
MKD Kalajdziev: We shouldn’t fall into a trap that everything needs to be... 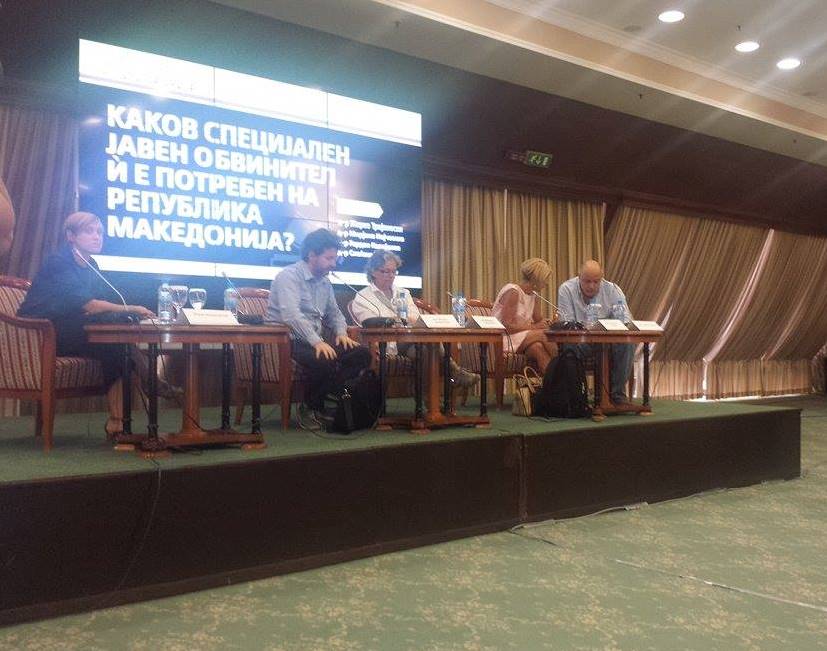 “I think the whole story misleads the opposition – to continue to push aside the countries professional associations and NGOs  We are put in a position where we have to decide on a fundamental law that will have an impact on the history of Macedonia – will we have to start over to create a legal state.

The deadline which is September the 15th wasn’t given by God, and the Public shouldn’t fall into that trap. Unfortunately, the opposition is falling for the trap, the candidate who they will propose should not accept the legitimacy of political parties. These four party leaders can not give legitimacy to such a serious institution, ” said Law Professor Gordon Kalajdziev at the debate” What kind of Public Prosecutor do we need?”  which was held at the hotel” Holiday Inn “organized by the Foundation” Open Society “- Macedonia.

According to him, the special prosecutor will have one month to assemble a team.

Kalajdziev says if he was leader of the opposition, he would have spoken to candidates months ago because some of the conditions come from them.

“Do you think anyone would leave their job so easily and put their head in a bag overnight? If we had prosecutors ready for the job, Marko Zvrleski  wouldn’t have been the only one to come forward for the position”, said Kalajdziev at the debate, where not one prosecutor attended.

Professor Mirjana Najchevska said she favours the idea of a special prosecutor, if there was a special court. According to her,  the constitutions does not require changes to elect a special public prosecutor and it can be done within the existing constitution and laws.

“The Special Public Prosecutor should choose the assembly, because only it has the legitimacy of the citizens”, said Najchevska.

Participants in the debate were Dr. Sladjana Taseva and Zarko Trajanovski and moderated by Urnija Pirovska.