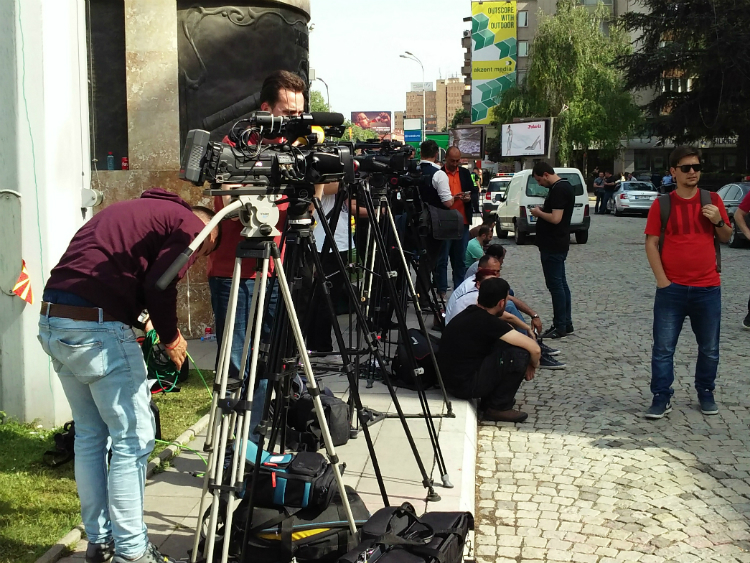 The Media Ethics Council of Macedonia, the Association of Journalists of Macedonia (AJM), the Independent Syndicate of Journalists and Media workers (ISJMW) and the Macedonian Media Institute (MMI) regarding the World Freedom Day, the 3rd of May remind of the necessity of a serious engagement of all relevant participants about all major reformatory steps in this country’s media sector.

“The key systematic changes in the media sector aren’t yet finished among which are the reforms in the public broadcasting service and the media regulatory body. Apart from that, the commercial media still face strong challenges due to the small and limited marketing market which influences the quality of media content. At the same tie, we appeal to the government and the institutions of the system each solution for the improvement of the situation in the journalism and the media content to be coordinated and adjusted with the professional media and journalistic community in the country” says the press release.

The also called upon the Basic Public Prosecution and the judiciary to process them and to lead to a conclusion the cases of violation of journalists’ rights including cases of hate speech, in order to end the longstanding acts of impunity thus preventing injustice towards the journalist and media community.

“We remind of the necessity of taking over urgent measures towards the workers’ rights of journalists and media workers, taking into account that half of them are without Full-time employment contracts especially in the domain of online media. Following in the same direction, we expect from the institutions of the system sanctioning of ongoing violations of the Working Relations Law and securing an atmosphere that will instigate social dialogue and solving the issue of working conditions” says the press release.