Meta.mk
Main Section Janeva: You Have Kept Me Here Deliberately For Three Days So I... 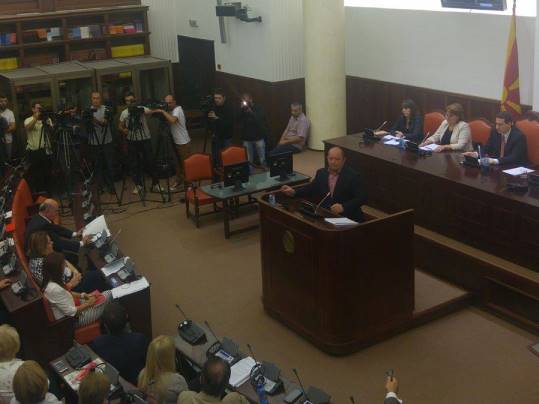 “You have kept me here for three days deliberately and will not let me work. For three days I have sat here and answered the same questions. You are deliberately keeping me here so that I can not work”, Special Public Prosecutor Katica Janeva told MP Krste Mukoski, who told her that she was incompetent and does not know how to run her operation.

“We want to know what you have spent the money on and we require a full financial report. We are talking about the Priebe report here, because in your 15-pages, there is nothing to discuss”, said Mukoski.

Janeva told Mukoski that all obstructions that the SPO has had to deal with concern the “Putsch” case.

To this, Mukoski apologized to citizens, because over a year ago, he had voted for the formation of the SPO.

Tuesday’s session was interrupted because of Janeva fell ill, but today she is again among MPs.

At the session of the Committee on Political Systems and Inter-Ethnic Relations, the State Public Prosecutor, Marko Zvrlevski was present.

Before the session, MPs Petre Shilegov from the SDSM and Ilija Dimovski from the VMRO DPMNE condemned yesterday’s attacks and montages of photos of female parliamentary colleagues.