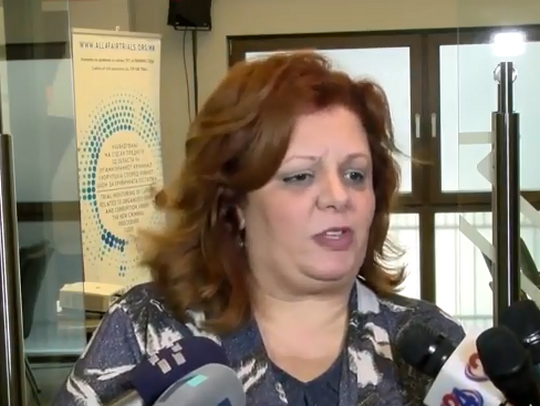 “I’m lodging my resignation that will become active when the political parties reach a new legal solution and they will choose my successor” states the SPO’s press release.

She also said that it was an honor to serve the state and to be at the helm of “an exceptionally professional prosecutors’ team, investigation team and a team of employees who were dedicated to meeting their tasks”.

“For months I’ve been following the media reports about the negotiations among the political parties’ working groups about the future of the Special Public Prosecution. I’m using the opportunity to inform the general public that I will not let my name to be used for someone’s alibi that will keep the fate of the SPO and the European accession of my country in custody. At the moment I was chosen as a Special Public Prosecutor by a consensus of all parties I promised myself and the citizens that I will perform this duty as a Special Public Prosecutor in the interest of the rule of law and the fight against the crime and corruption in the Republic of North Macedonia. I took this position in extremely difficult circumstances and I was very aware of the task I was given” said Janeva.

She publicly thanked the whole team at the Special Public Prosecution with whom they have achieved something significant.

“We should be proud because we represent a symbol of an uncompromising fight against the highest forms of organized crime and corruption,” said Janeva.