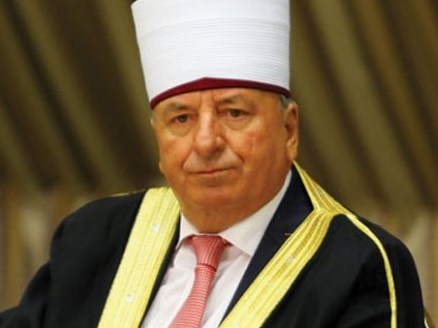 The Helsinki Committee for Human Rights has pressed charges against the Head of the Islamic Religious Community, Suleiman Rexepi, at the Ministry of Interior for spreading hate speech.

According to the Helsinki Committee, during the ceremony of placing the foundation for the new mosque in the village Arnakija, the Reis-ul-ulema Rexepi addressed the attendees with words that incited hatred, division, intolerance, and mocking of the Macedonian nation – and with it he has done the acts that were described in Articles 319 and 179 of the Criminal Code.

“You can see what sort of wild animal nation we live with because they don’t have an identity and they never will have. Regardless that we have always wanted to help them. You cannot help senseless people nor will they come to their senses. The Lazec location, some have heard of it and some have not, is a multi-ethnic village with Muslims, Orthodox Christians, there are Macedonians which I don’t know what they call themselves, there are Albanians. There are two churches, the number of nations remains the same, but there is no mosque. They have caused hundreds of obstructions and they still haven’t come to their senses. I pray to God not to take my soul until I place the foundations of this mosque” said Rexepi.

The use of hate speech by a high ranking priest and a person with enormous influence in the general public is especially dangerous and inadmissible. In a multi-ethnic and multi-religious state, religious leaders have to be aware of their role and should act in the spirit of tolerance and coexistence, and not to initiate and fire up hatred and impatience.

For these reasons we asked the MoI to act on this report immediately and take all necessary measures in accordance to legal regulations.

One Year Anniversary: Gruevski is playing the “Foreign Services and State” card again