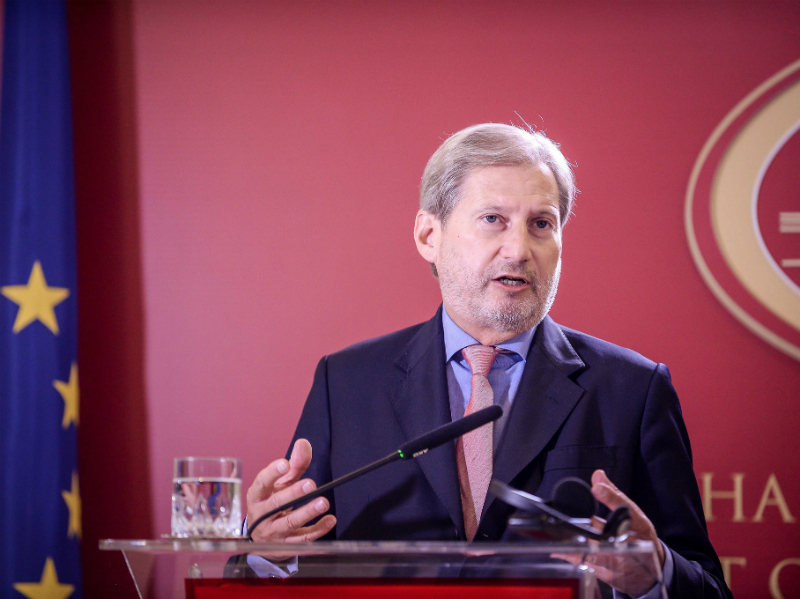 The EU Commissioner Johannes Hahn before the start of the EU’s Foreign Affairs Council this morning said that he doesn’t believe that Nikola Gruevski will be extradited from Hungary to Macedonia.

Hahn has reported that he has spoken with ministers Nikola Dimitrov and Radmila Shekjerinska about the road forward and the Prespa Agreement in the forthcoming weeks, including the reforms that have to be implemented in order for Macedonia to receive a positive report from the European Commission.