Meta.mk
Main Section Hahn: I hope it will be a good day 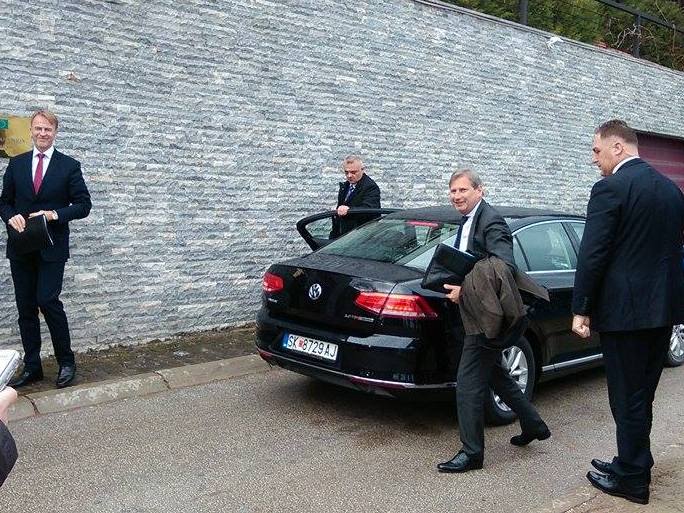 EU Commissioner for Neighbourhood Policy and Enlargement Negotiations , Johannes Hahn, arrived at the residence of the European Union in Przhino. He would not give a statement to the media, he only briefly said he hoped that the it would be a good day.

“I have nothing to say at the moment. I can only tell you that I hope it will be a good day”. said Hahn.

After his meeting with SDSM Hahn will meet with representatives from VMRO-DPMNE. at 11:30am.