Meta.mk
Main Section Hahn: All leaders, including the President, must respect the outcome of elections 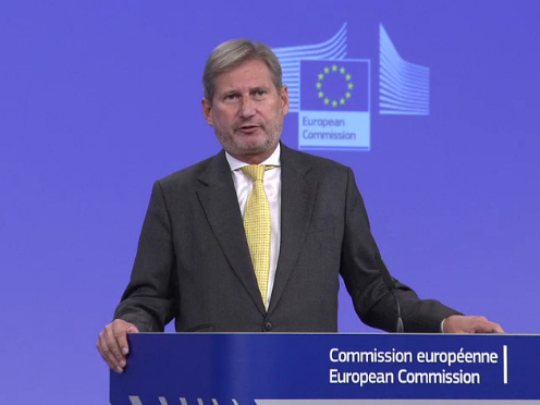 All leaders, including the President, must respect the outcome of the previous elections, wrote European Commissioner for Neighbourhood Policy and Enlargement Negotiations, Johannes Hahn on his “Twitter” profile concerning President Gjorge Ivanov’s decision not to give the mandate to the leader of SDSM, Zoran Zaev, to form a government.

On latest developments in Form. Yugoslav Rep. of #Macedonia: “All leaders, incl. the President,must respect outcome of recent elections” 1/3

In a #democracy, one must acknowledge #parliamentary #majorities, even if one doesn’t like them. 2/3 — Johannes Hahn (@JHahnEU) March 1, 2017

I therefore expect all political leaders+ institutions to let the #democratic process run its course, in the interest of the #citizens. 3/3

In the written statement on the official website of the European Commission released on Saturday, Hahn pointed out that since enough signatures were collected, he expected the President to give the mandate.