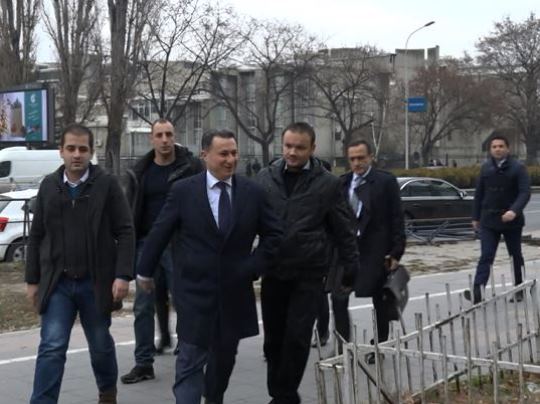 Former prime minister and VMRO-DPMNE’s leader, Nikola Gruevski, appeared today at the hearing regarding the case known to the public as “Slaps” that the Special Prosecutor’s Office has initialized on the 15th of September as a result of the violence outbreak in the municipality ofCentar as well as the requested slaps for the mayor Andrej Zernovski.

The prosecutor in this case is the special public prosecutor Fatime Fetai and the judge is the Criminal court’s acting president, Tatjana Mihajlova.