VMRO-DPMNE’s party leader, Nikola Gruevski has announced a new era for Macedonia at the party’s Convention that took place at the “Boris Trajkovski” sports hall. During the convention, the mayoral candidates were also promoted. Gruevski also said that this shall be an era of prosperity, progress and fulfilled promises, responsibility, dignity, and unity.

“We are talking about managing, not governing. The contemporary managing includes the rule of law, efficient managing of the public sector, independent judiciary, partiicpation and continious democratization, decentralization, transparency and a wide front in the fight against the corruption” said Gruevski.

Regarding the local elections, he said that they are extremely important for the future of Macedonia.

“Our candidates and activists have to knock on everyone’s doors, to handshake with everyone. The connections between mutual respect and understanding must be strengthened” said Gruevski 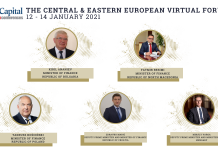