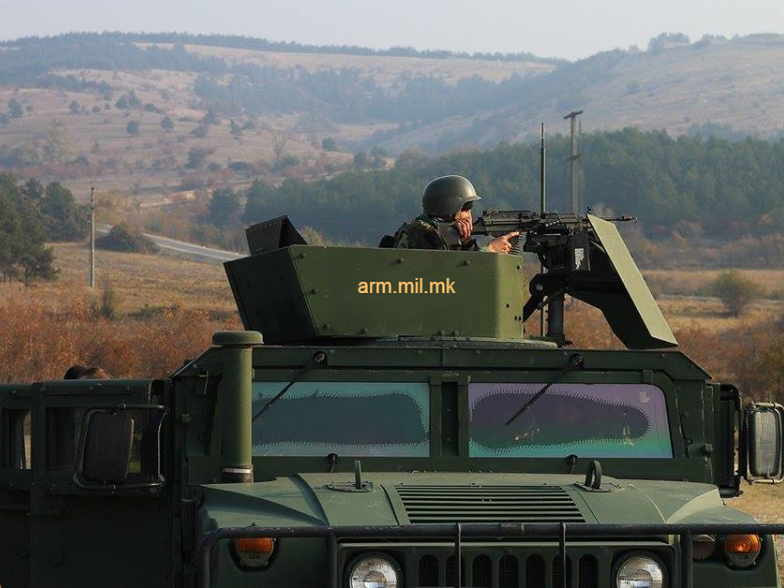 For more than a month, around 2,700 troops from six countries will participate in the largest and most complex military exercise ever to be held in Macedonia. Around 1,300 Macedonian and US soldiers, as well as troops from Albania, Bulgaria, Lithuania and Montenegro will take part in the “Decisive Strike” exercise at the Krivolak training area from June 5th to July 9th.

This is so far the largest and most complex military exercise, hosted by the country. At the exercise, troops from six countries will have to carry out joint operations of joint ground and air forces, combined operations of conventional troops and special forces and combat operations in urban terrain.

During the “Decisive Strike” exercise, a component of conventional forces with two battalions mechanized infantry from the ARM, two battalions from the 56th Stryker Brigade of the Pennsylvania Amy National Guard, equipped with armored fighting vehicles, an artillery battalion with forces from Lithuania and Montenegro and Macedonian and American helicopters will participate.

There will be 26 events, 96 assignments and 13 tactical exercises with infantry gun firing, artillery and helicopters.

For shooting, they will use “plain”, conventional ammunition, but not with depleted uranium.

On February the 17th, two US F-16 fighters will fly over Krivolak, as well as a strategic bomber B-52, announced today the Ministry of Defense at a briefing on the exercise.

“The fact that in our national exercise, which we will lead and organize ourselves, involving six countries, all of which are already members of the Alliance and over 2,700 members of these armies, shows that we can, we know and we have created confidence to make it possible”, said Minister of Defense Radmila Sekerinska.

The “Decisive Strike” exercise is organized in partnership with the US Army and is part of the EUCOM team of exercises “Saber Guardian 19” in the Black Sea and the Balkan region.

“This is the fourth exercise of regional importance that we have organized with North Macedonia in the last two years. Last autumn and this year, we had two drills of US forces from KFOR, and last year we carried out the “Dragoon Guardian” exercise, which was attended by around 300 US troops”, said Colonel Timothy Buchanan, US defense attache.