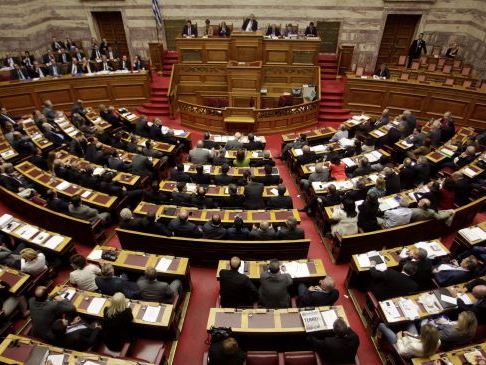 For the draft law on the ratification of the Prespa Agreement to come into force, it will be discussed today by the Commission for National Defense and Foreign Affairs in Greek Parliament.

On Saturday, the draft law was submitted to Greek Parliament, and is expected to be passed by Friday.

Parliament Speaker Nikos Voutsis is expected to hold a meeting with the vice presidents beforehand in order to determine the parliamentary procedure, ie how many meetings the commission will hold and when a plenary session is to be scheduled.

The bill proposed by the Greek Ministry of Foreign Affairs contains three articles.

The first article is the signed agreement as a whole, the second article refers to raising the level of the Liaison Office in Skopje at the embassy and the Office of Consular, Economic and Commercial Affairs in Bitola at a Consulate General level. The third article explains that the law comes into force after its publication in the Official Gazette, and the ratification contract in accordance with Article 20.