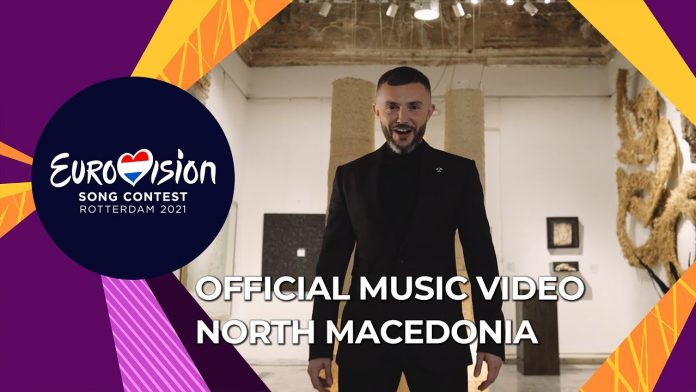 North Macedonia’s public broadcaster MRTV was forced to re-edit the entry video of the country’s contestant of this year’s Eurovision Song Contest after two frames showing what appeared to be a Bulgarian flag drew public outrage, writes “Global Voices” in its story based on the article first published by meta.mk.

Released on March 11, the music video of “Here I Stand,” by singer Vasil Garvanliev, was partially shot at the National Gallery Daut Pašin Amam in Skopje, and it shows many pieces of art by Macedonian artists. For a brief moment, a triptych with the colors of the Bulgarian flag can be seen.

That didn’t sit well with North Macedonia’s nationalists, who in the past two weeks have weighed a campaign against Garvanliev for “spreading Bulgarian propaganda.” A petition on Change.org demanding Garvanliev to withdraw from the competition gathered 20,000 signatures.

Adding to the controversy was the fact the Garvanliev holds both Macedonian and Bulgarian citizenship, as he has a grandmother who was born in Bulgaria.

According to the National Gallery, the piece in question is “Homage to Andrei Rublev,” a medieval painter from Russia, made by Macedonian artist Žaneta Vangeli in 1995, and has nothing to do with Bulgaria.

The gallery also claimed that the original order of the panels had been mixed up during cleaning. An older video uploaded on YouTube shows the intended order.

On March 13, MRTV re-released the music video without the two controversial frames. In relation to Garvaliev’s heritage, the service said on a statement:

The public service has no right to discriminate against anyone based on religion, national or any other grounds, and that it has a complete freedom to select a singer to be a representative, regardless of his citizenship. In reality, there are many cases of performers who had dual citizenship or were citizens of different countries participating in the Eurosong contest.

Meanwhile, Garavaliev said he had “nothing to apologize for” when it comes to his heritage, and that he “was proud to be Macedonian.”

An internal investigation by MRTV also determined that the broadcaster had “respected all internal procedures and met all the requirements of the application process with the European Broadcasting Union.” The service also confirmed that Garvanliev will represent North Macedonia at the 65th edition of the Eurovision Song Contest, to take place from May 18 to 22 in Rotterdam, in the Netherlands.

Garanliev was originally selected to compete for North Macedonia on last year’s Eurovision, which was canceled because of the COVID-19 pandemic. EBU allowed the same participants to run in 2021 as long as they released a new song. Garvanliev’s 2020 song was called “You.” 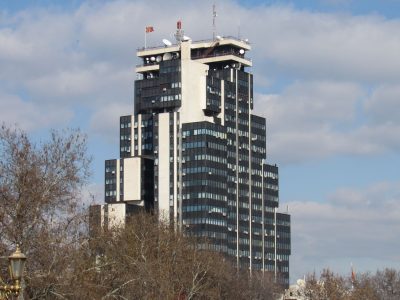 The building of the Public Broadcasting Service Macedonian Radio and Television (PBS MRTV) in Skopje, North Macedonia. Photo by Meta.mk, used with permission.

The Bulgarian Ministry of Foreign Affairs stated that “Bulgaria will continue to invest all the necessary efforts in accordance with the principles of the international law in order to protect the rights of the Bulgarian citizens and the citizens who have a Bulgarian identity wherever they are worldwide.”

Bulgarian nationalist politicians have been trying to appeal to their voters ahead of parliamentary elections by proposing the annexation of Macedonia. In that context, Bulgaria has been openly blocking the integration of their Western neighbor into the European Union since the fall of 2020. 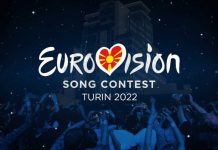