Meta.mk
Fact-checking From the first lies to fake news campaigns – and the Balkans’... 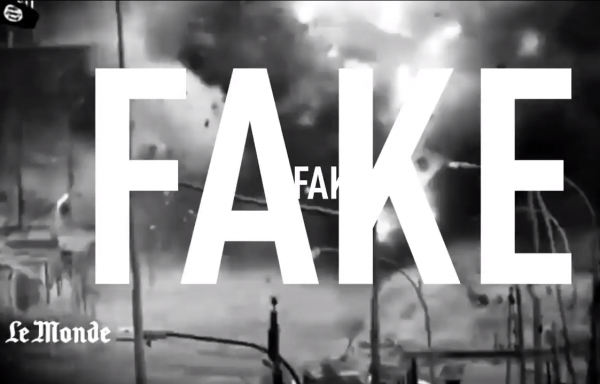 Since the humankind’s first moment of awareness of its existence, it has been prone to abusing the communications for spreading gossip and, inevitably, lies.

The renowned Israeli author and history professor Yuval Noah Harari argues in his book Sapiens: A brief History of Humankind that gossip is the foundation of our species’ survival and stands as one of the main social elements that make people build connections and strong bonds with one another.

In a bit different way of thinking, one could argue that gossiping is in close proximity, or shares the same roots, to the process of sharing and asserting false information, that we define as lying. Another could also argue that, in the beginnings of human history, lying in some cases could have been used solely as means to push some small agenda, or fix some already hopeless argument.

The latter debater in this fictitious, anachronistic exchange of arguments above could have had a very hard time asserting those arguments in our era of living, when human beings have acquired a giant, unmatchable megaphone that everyone is bound to listen and see – the media.

Throughout the latest period of history, the elements of the media have developed quickly, followed by progress in other fields of human development, with the technology being the most notable member of the club.

Fast forward to the 21st century and human beings have found themselves dispersing troves of false information in big chunks of data through news sites founded for the sole purpose of lying to other people en masse in order to acquire money quickly.

The process that later became known as fake news was always part of the media reality – usually despised by traditional media networks, but with time it began to find air to breathe in other more modern news outlets that mostly worked online.

Then came the 2016 presidential elections in the United States of America. The Republican candidate Donald Trump, widely described as ‘populist and nationalist’, entered the race as an outsider, but after beating 16 Republican candidates in the primaries, and the Democratic nominee Hillary Clinton, took the office.

In 2017, the biggest intelligence organisations in the U.S. offered proof that Russia, apparently acting under carefully planned programs of the Kremlin, helped Donald Trump win the elections. Disinformation campaigns had been at the core of the chain of events that lead to Trump entering the White House.

In the final weeks of the election process in the U.S. detailed investigations from The Guardian and BuzzFeed revealed that teenagers living in Veles, a small town in North Macedonia became experts in feeding the internet with false news that targeted the U.S. readers and public opinion with the aim of generating as many clicks as possible. Some residents of the town with around 50,000 residents maintained a network of 100 pro-Trump websites, most of them filled with fake news and sensationalism.

Moreover, Facebook founder and CEO, Mark Zuckerberg, had told the NYTimes that users from Macedonia had spread fake news in a bid to swing the outcome of elections of the US Senate in Alabama in 2018, marking an official acknowledgement of the involvement of fake news factories from the Balkan state that had somehow meddled in the U.S. elections.

In the first quarter of 2019, Facebook announced that it had taken some measures to tackle the misinformation campaigns deriving from pages that originate in the Western Balkans. The biggest social network in the world said that it will close more than 200 pages in North Macedonia and Kosovo alone, which apparently were sharing ‘unacceptable material on matters like politics and religion’.

It is still not known if the pages were related to the disinformation campaigns from the 2016 elections onward, but Facebook said that the pages were certainly sharing fake news and spin propaganda after the Christchurch mosque shooting had occurred, a tragic event that left 51 dead and many injured in a hate crime in New Zealand.

It remains to be seen if North Macedonia is out of the woods regarding this matter, but the problems of fake news and disinformation campaigns have been regularly addressed by the European Union in their regular performance reports for the Western Balkans countries.