Meta.mk
Main Section From June 15, return tickets for trains to Thessaloniki will be just... 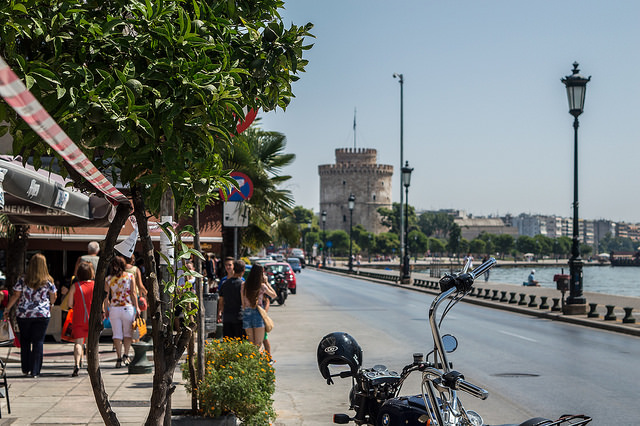 RSM-Transport Railways, from June 15 are re-introducing the express train from Skopje to Belgrade and to Thessaloniki. The train from the Macedonian capital to Thessaloniki will leave every day at 4.45 am, and arrive at the Thessaloniki train station at 9.33 am, from where it will be possible to catch a connection train to the resorts in Litochoro, Leptokaria and Nei Pori. The railroad this season is introducing attractive prices for a return ticket between Skopje and Thessaloniki through the City Star tariff for group trips.

So, if a group traveling by train, on the same day, consists of five adult passengers, the charge for a return between Skopje and Thessaloniki will be 836 denars or 13.5 euros. If the group consists of five adults and one child, the ticket for one passenger will be 756 denars or 12.2 euros. The regular ticket price between Skopje and Thessaloniki is 12.2 euros in one direction and 19.5 euros in both directions per passenger. Rail tickets can be purchased at the international ticket office at the railway station in Skopje, as well as in other major railway stations on route to Gevgelija.

In the period between June 15 to September 16, a train from Skopje to Belgrade will depart daily at 10:19 pm. The return train ticket between Skopje and Belgrade is 1.709 denars (27.6 euros), between Skopje and Zagreb it will be possible to travel for the price of 3.653 denars (59 euros), while the price of a ticket to Ljubljana is 4.643 denars (75 euros) in both directions. An important note for passengers is that the express train travels to the Topcider Railway Station in Belgrade, while passengers on the train to Thessaloniki via Gevgelija, will have to use the bus service between the “Greek Railways-OSE” for the relation between Gevgelija and Thessaloniki.