Meta.mk
MKD Foreign waste is burnt at the cement plant because the domestic one... 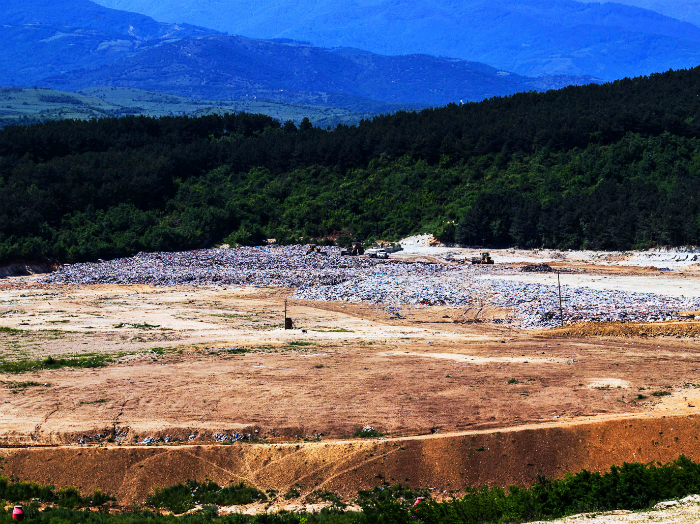 The pressure from the general public which demands to know what sort of waste is imported in the state and how it is destroyed, these days it woke the authorities which started with inspections of trucks at border crossings which transport waste for burning (RDF) at the Skopje’s cement plant” Usje” and environmental associations who fight the pollution.

There are two events announced for today: protests in front of the Parliament, organized by Fridays for Future, and parallel to this event, the Ministry of Environment is organizing a visit to Drisla both for the eco- associations and Skopje’s Mayor, Petre Shilegov. There will be a press conference about the issue with the waste. On the 5th of February, the environmentalists of “The Movement for Clean Air” said that they will block the cement plant.

“This is an effort to cover up the real situation where the state did’t impose a real control over the polluters. The introduction of automatic monitoring in real time is hindered, so we, the members of the “The Movement for Clean Air” have decided to put up a resistance against the biggest polluters and poisoners of the living environment” said Toni Nikushevski of “The Movement for Clean Air”

He said that the proposal for banning the import of waste will not contribute to the improvement of the situation with the pollution but it will only have an unfavorable effect on the economy.

The cement plant is importing waste because the idea to be used for burning domestic waste was unsuccessful because the waste isn’t sorted so it ends at Drisla landfill” informs the Ministry of Environment.