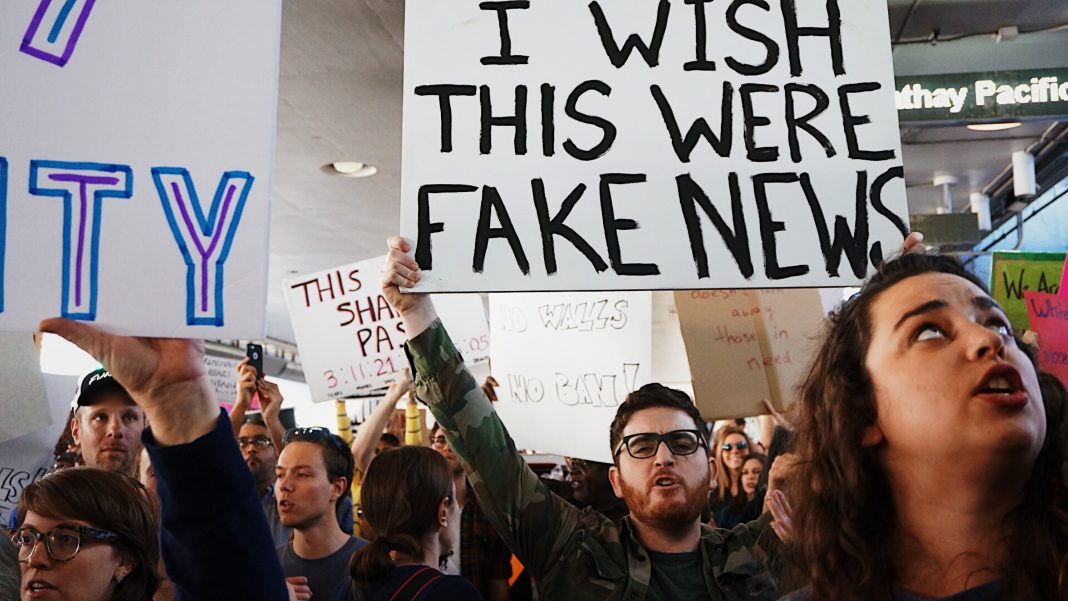 “Oh, these newspapers are always lying”, my uncle’s wife said angrily after I told her that still no vaccine or medication has been approved to start being widely used against COVID – 19, the pandemic disease that’s still keeping the world in anguish. She had been reading news from some unreliable news sites in Kosovo with her newly acquired smartphone. After an article about a vaccine had popped up on her screen, she became exultant, hoping that the world was going to go back to normal as it once was.

The article – published in a site that occasionally has been known to rely on false news and disputed information – contained a bombshell title about a vaccine being successfully tested and worked against the novel coronavirus, but after further reading, there was no proof offered that such thing had occurred – different medical teams around the world are still researching and trying to get a vaccine ready, but that is going to take some more time.

My wife’s uncle, who lives in the village where we are now isolated and staying home, removed her glasses and sighed, somewhat getting nervous with her phone. Her algorithm that selected her news articles had gone ‘rogue’ and now it was really tricky for her to distinguish the reliable articles from the fake ones. This whole afternoon occurrence made me think about the importance of the news flow and the needed veracity of the articles shared. Reading news and getting informed should not be only about killing time (although we are stuck in our homes); it is rather a complex process that can have far-fetching effects on people’s lives.

The coronavirus pandemic has triggered waves of misinformation around the world, causing many people to believe unreliable and unchecked information. When people are dealing with a stressful situation and looking forward to a quick solution of the situation, the fake news producers become zealous in their quest to get more clicks and shares.
As Stanford professor Jeff Hancock explains, people seek information during fearful times to reduce uncertainty and to restore their hope.

“This can lead people to believe information that may be wrong or deceptive because it helps make them feel better, or allows them to place blame about what’s happening”, Hancock says.

“This is often why conspiracy theories become so prominent.”

In countries of southeast Europe, research shows that people tend to distrust the information that comes from the internet; be that from the online news sites or social media services. According to a report by EBU Media Intelligence Service titled ‘Trust in Media 2019’, the gap in trust between traditional and new media has grown in recent years. Researchers in the Balkan countries have determined that this fall in the trust in the new media – usually associated with online media – is mostly attributed to the low trust in the media that use the internet to communicate with their readers.

For the first time the 2019 report also showed that more people tend to trust, rather than
distrust, the written press, but the online media are not included in this category. In general, people in the European Union tend not to trust the media, with the trust in social networks and the internet remaining low.

In Kosovo, news portals are usually understaffed and are mostly supplied with news articles that are published in other sites before, a copy-and-paste working practice that has formed a bubble in which the portals circulate information without properly verifying them.
The journalists usually spend their time monitoring other news outlets from their desks and
copying their articles as soon as they appear somewhere else. A journalist usually spends the time reporting from inside the office and publishes around 20 articles per day, while the false and unverified information easily slips through the cracks.

Since the coronavirus crisis exploded, online media sites in Kosovo and in North Macedonia
have repeatedly fallen for false articles that have been previously shared in foreign media, and then zealously translated and published by the media in both countries.
A report that analyses the state of the online media in North Macedonia, published by Medium in 2017, in cooperation with BIRC and Civica Mobilitas, concludes that the online media environment in North Macedonia is almost chaotic; in most of the portals, the name of the author in the articles do not appear while more than half of the context published are taken from other media without even changing the title.

This way, the online media is risking to become a servant of the fake news webs that try to
maximize their activity during extraordinary occasions.

While COVID – 19 ravages across the world, people are using the times at their homes to think and do things for which there wasn’t enough time before the virus. Should the media also think more about their role in spreading disinformation and weakening the belief in the general media?