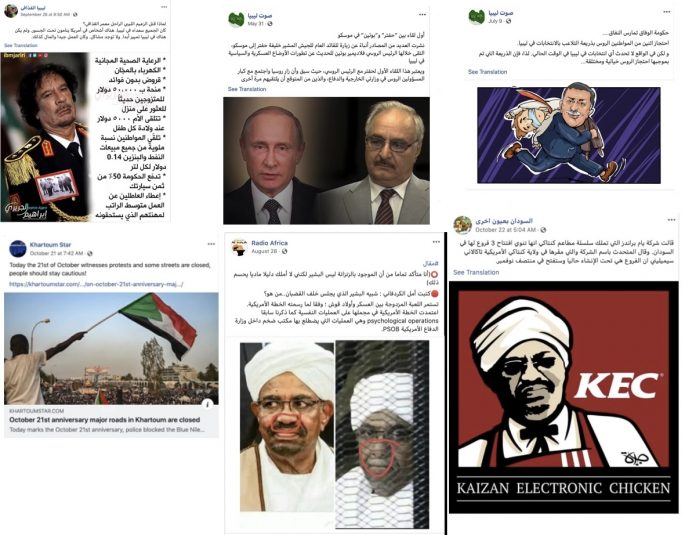 Nathaniel Gleicher, Head of Cyber-security Policy of Facebook announced that on October 30 this social media company has removed three networks composed of accounts, Pages and Groups for engaging in foreign interference — which is coordinated inauthentic behavior on behalf of a foreign actor — on Facebook and Instagram. They originated in Russia and targeted Madagascar, Central African Republic, Mozambique, Democratic Republic of the Congo, Côte d’Ivoire, Cameroon, Sudan and Libya.

Facebook’s investigations determined that although the people behind these networks attempted to conceal their identities and coordination, our investigation connected these campaigns to entities associated with Russian financier Yevgeniy Prigozhin, who was previously indicted by the US Justice Department in the lawsuit connected to the activities of the Russian company Internet Research Agency, called “troll factory” by international media.

Gleicher stated that Facebook is “constantly working to detect and stop this type of activity because we don’t want our services to be used to manipulate people. We’re taking down these Pages, Groups and accounts based on their behavior, not the content they posted. In each of these cases, the people behind this activity coordinated with one another and used fake accounts to misrepresent themselves, and that was the basis for our action.”

Facebook has removed 35 Facebook accounts, 53 Pages, seven Groups and five Instagram accounts that originated in Russia and focused on Madagascar, the Central African Republic, Mozambique, Democratic Republic of the Congo, Côte d’Ivoire and Cameroon. The individuals behind this activity used a combination of fake accounts and authentic accounts of local nationals to spread manipulations about global and local political news from elections to international politics.

This first removed network of Russian trolls had about 475,000 follower accounts and had spent around $77,000 for ads on Facebook paid for in US dollars. The first ad ran in April 2018 and the most recent ad ran in October 2019.

Over a year ago, Meta.mk reported about an journalist investigation which determined that an Internet Research Agency operative specialised in established “bot armies” had a working visit to North Macedonia in June 2015. Anna Bogacheva,  who is also charged by US special counsel Robert Mueller for allegedly interfering in the US elections, refused to explain with whom she had been working in the country in the months after then-President Gorgje Ivanov showed support for Putin by attending the Victory Day parade in Moscow, which was boycotted by NATO and allied countries in protest of aggression against Ukraine.

Recent testimonies of VMRO-DPMNE officials (former minister and MPs) indicate that the party that ruled North Macedonia from 2006 to 2017 has established a troll army based on the Russian model. 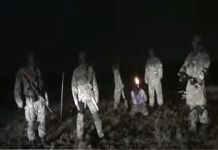