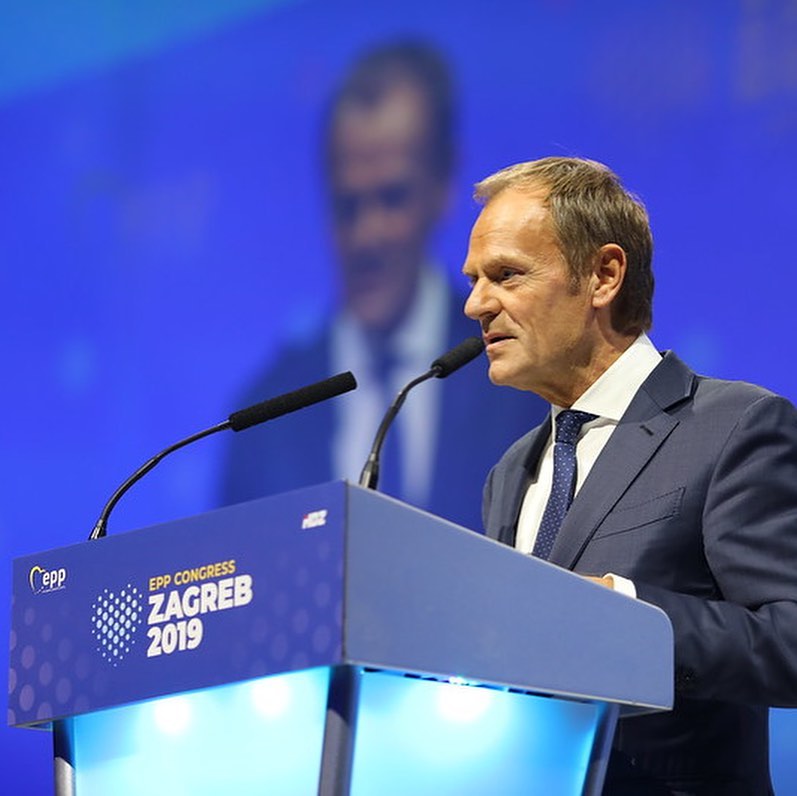 At the Congress in Zagreb, the European People’s Party (EPP) adopted a resolution with which it demands from the EU Council and the EU member countries to pass a positive decision for starting the EU accession negotiations with North Macedonia and Albania as soon as possible. At the same time, at the congress, the former President of the European Council, Donald Tusk was elected as EPP’s new President. His mandate will start on the 1st of December.

The resolution which content was proposed by the Croatian Democratic Community (HDZ) despite the call for earlier start of the EU accession negotiations with North Macedonia and Albania, has called on to encourage reforms in Serbia, Monte Negro, Albania, Macedonia, Bosnia and Hercegovina and Kosovo, so that these countries will be able to meet the criteria for joining the Union as soon as possible.

“The new European Commission should reassess the policy of enlargement and help in the removal of the consequences of the negative decision as soon as possible” states the resolution that was passed by the EPP referring to France’s blockade in October.

The Croatian Prime Minister and HDZ’s party leader, Andrej Plenkovic, has previously stated that during Croatia’s EU Presidency in the first half of next year, one of the priorities will be the European perspective for the countries in the region.