Macedonian citizens have the least confidence in the judiciary system, the police, the public administration, the government, the parliament and the political parties, show the latest polls conducted by “Eurobarometer.”

The research was conducted in May this year i.e. before the forming of the new government and was published last month. The polls refer to the citizens’ perception in the 28 countries – members of the EU and the five candidates for a membership – Macedonia, Serbia, Albania, Montenegro, and Turkey.

According to the Eurobarometer’s polls, only 23 % of the Macedonian citizens have declared that they have confidence in the judiciary, 70% have no confidence in it, and 7% have said that they didn’t know. Similar percentages of trust i.e. the distrust in the judicial systems in their own countries, apart from Macedonia, were indicated in Bulgaria and Slovenia. The judiciary systems in Denmark and Finland enjoy the greatest confidence (88%), Netherlands and Austria (80%), and Sweden (78%). 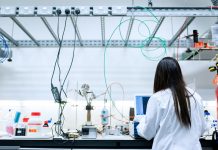 Although the gender gap in science and research is decreasing, it is still present