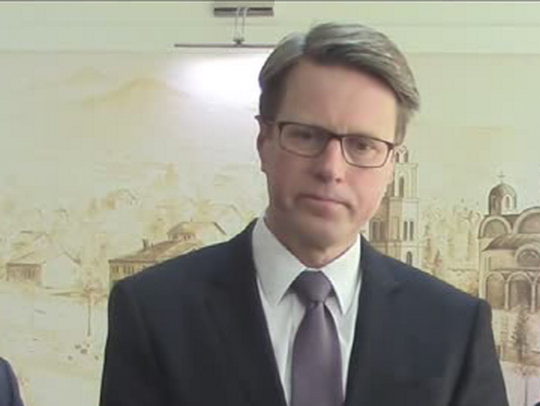 The EU Ambassador Samuel Žbogar considers the new methodology for starting the accession negotiations as win win situation both for the candidate countries and the European Union itself.

According to Žbogar, the goal of the document is the speed up the accession process that has lost steam lately, on both sides.

“The goal is also to establish the trust between the member countries and the candidates which was undermined. The goal is to bring more honesty and sincerity on the rad that we traverse. For the candidates it will mean that when they say they are making reforms it should mean that they really are making reforms in the society and not only to adopt the laws. On our part, an honesty and sincerity means when there is a talk about an EU membership, it should mean that the road really will lead towards the EU” said Žbogar.

Regarding the Law on Prosecution he repeated that the European Commission didn’t indicate the law as a condition but it should be adopted for several reasons.

The EU Ambassador stated that the country has to continue with the reforms, to organize fair and democratic elections and to nurture good neighborly relations.